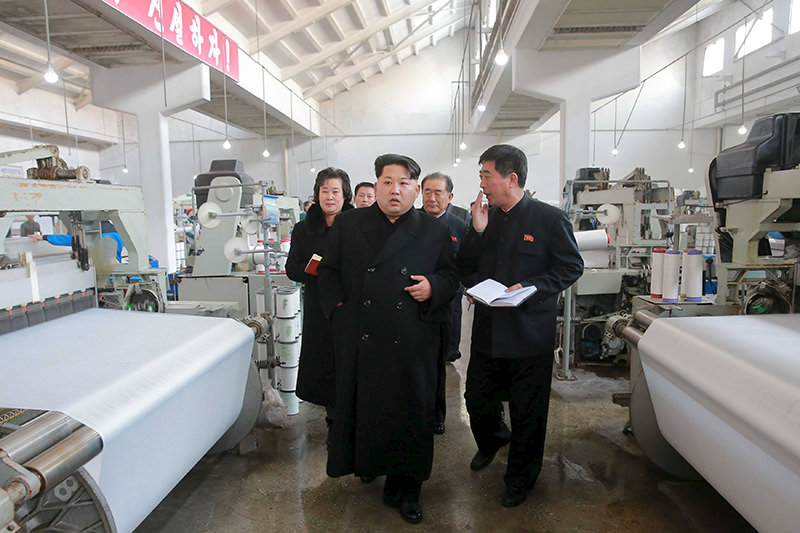 The package includes sanctions targeting North Korea and "secondary sanctions" against those who do business with it.

Impatient with what they see as Obama's failure to respond to North Korean provocations, many of his fellow Democrats as well as the Republicans who control Congress have been clamoring for a clampdown since Pyongyang tested a nuclear device in January.

Obama is not expected to veto the bill, given its huge support in Congress.

White House spokesman Eric Schultz told reporters on board Air Force One that the administration was "deeply concerned" about North Korea's recent actions and would not oppose the legislation.

"We're philosophically and intellectually in the same place as the Congress on this," Schultz said.

The legislation would sanction anyone who engages in, facilitates or contributes to North Korea's proliferation of weapons of mass destruction, arms-related materials, luxury goods, human rights abuses, activities undermining cyber security and the provision of materials for such activities.

Penalties include seizure of assets, visa bans and denial of government contracts.

Unusually, the measure makes most of the sanctions mandatory instead of giving the president the option to impose them. He can temporarily waive them by making the case that doing so would threaten national security.

The House had backed the sanctions measure 418-2 in January, but the Senate included some new provisions, including cyber security measures, in its version, sending it back to the House.