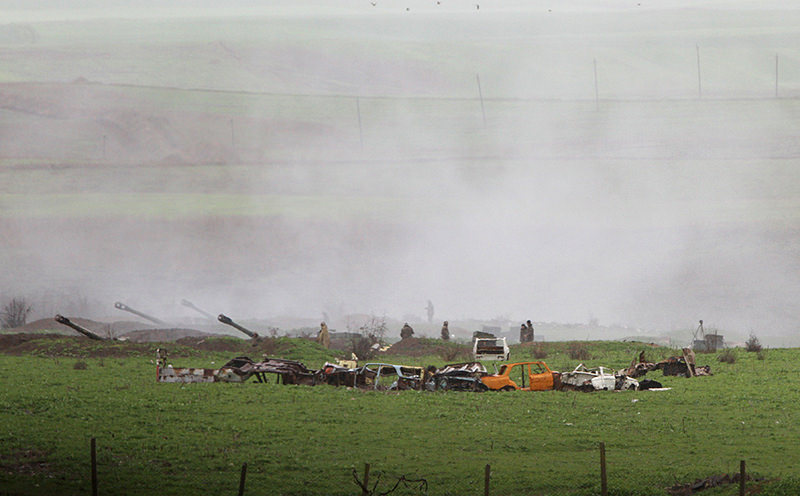 Azerbaijan and Armenian separatist authorities in the Nagorno-Karabakh region reached an agreement Tuesday to end four days of fierce fighting over the disputed territory, Azerbaijan confirmed.

"Military actions were halted as of 12:00pm local time (0800 GMT) on Tuesday," Azerbaijan's defence ministry said in a statement after a similar announcement by separatist authorities in Karabakh.

An Associated Press reporter in the front-line area of Azerbaijan heard shelling Tuesday morning but no sound of fighting in the early afternoon.

Authorities in the self-proclaimed Nagorno-Karabakh confirmed the cease-fire deal to the AP.

Turkey declared its unconditional support for Baku when the clashes broke out in Nagorno-Karabakh.

Azerbaijani troops are roughly in control in 20 percent of the territories of the separatist region, which makes up less than half of the occupied territories. Armenian forces are being accused of committing grave human rights violations against local Azerbaijani population in invaded territories, with the Khojaly Massacre being the most notable. More than 700,000 Azerbaijanis and 300,000 Armenians were displaced due to the conflict. Many displaced Azerbaijanis continue to live in poverty as the Azeri government refuses to accept the status-quo. Both sides report numerous casualties, accusing each other on Saturday of violating a ceasefire, a sign that the two-decade-old conflict which has left some 30,000 people dead is far from a peaceful resolution.