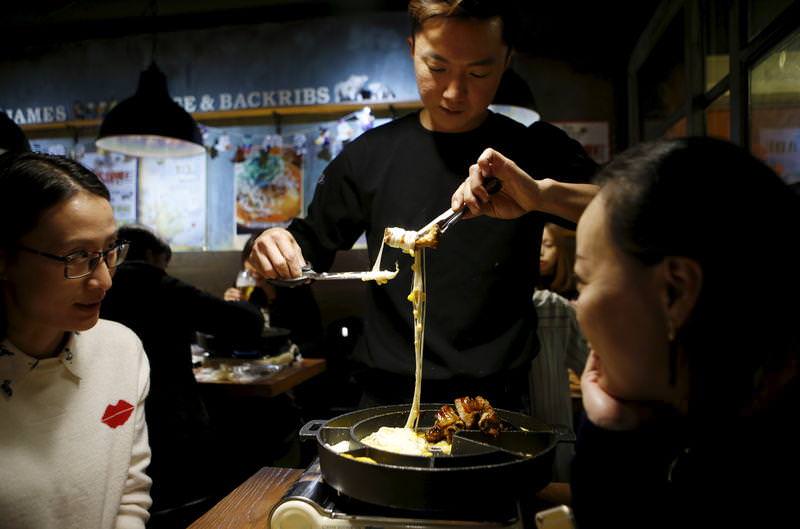 South Korea is encouraging local restaurants to serve up halal food by introducing a new certification system, according to the country's tourism agency Thursday.

The Korea Tourism Organization (KTO) revealed to Anadolu Agency that 200 halal eateries will be highlighted in a guide to be published this August.

Restaurants will be certified based on five levels -- from those who fully comply with the requirements of the Korea Muslim Federation to places that simply keep pork off the menu.

KTO records show that 740,000 Muslim tourisms visited the South last year, most of whom came from Malaysia and Indonesia -- Turkish citizens accounted for nearly 20,000 visitors in 2015.

With the total expected to rise to 800,000 this year, South Korea has apparently recognized the need to keep up.

Capital city Seoul features several Turkish food options, and the KTO has already recognized some of them among 140 halal restaurants in the county.

At least a few of the establishments on the updated list will serve Korean food.

Asked if local restaurants were planning to include a version of Gaegogi (dog meat) that adhered to halal preparation standards in its new certification system, a KTO official said he doubted such dishes would make their way on to a halal menu.

Islam considers the eating of dog -- or cat -- haram as the consumption of carnivorous animal products is prohibited.