Australia to strip citizenship of dual nationals involved in terrorism 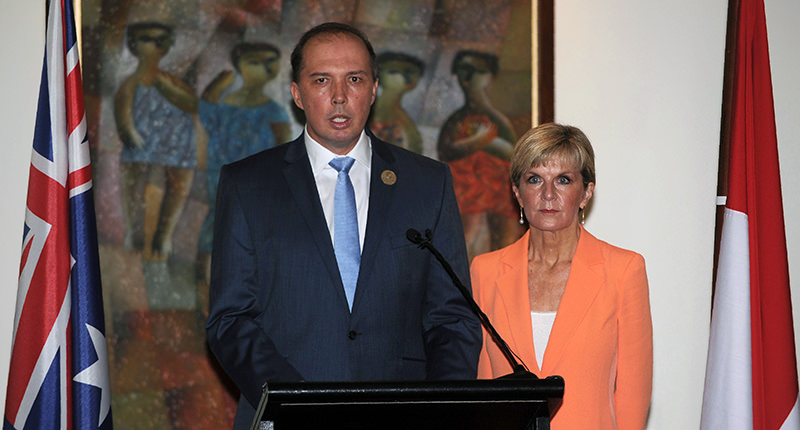 Australian Immigration Minister Peter Dutton (L) and Australian Foreign Minister Julie Bishop address journalists during a press conference in Nusa Dua, Bali on March 23, 2016 (AFP Photo)
by Apr 08, 2016 12:00 am
Australia, a staunch ally of the United States and its battle against terrorists in Iraq and Syria, said on Friday it would strip dual nationals convicted of terror-related crimes of citizenship.

French President François Hollande last month abandoned plans to strip French nationality from people convicted of terrorism, climbing down from a tough stance he took days after the November attacks in Paris that killed 130 people.

Dual nationals who were either involved in terror activities, members of a banned organization or convicted of terrorism offences could lose their Australian citizenship, Immigration Minister Peter Dutton told reporters in Melbourne.

"There is a very significant penalty to pay if people are involved in terrorist activities and they're a dual national," said Dutton.

Australia has been on heightened alert for attacks by home-grown terrorists. While nearly 200 people were suspected of being a domestic threat, Dutton said approximately 100 people had left Australia for Syria to fight alongside organisations such as Daesh.