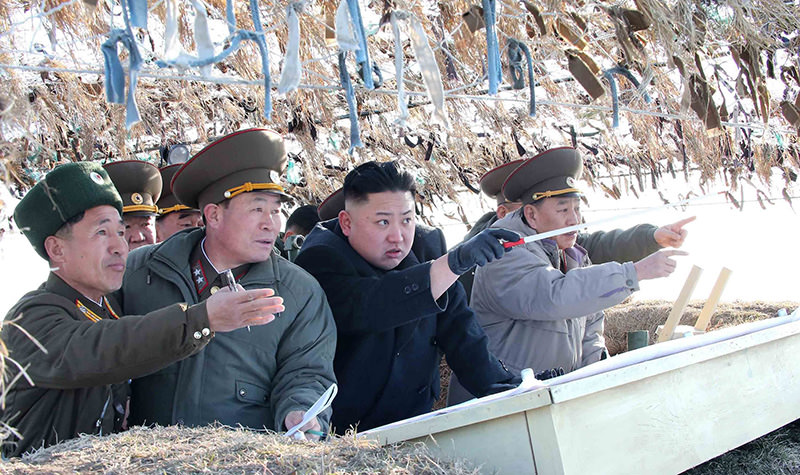 The announcement came three days after Seoul revealed that 13 North Koreans working at the same restaurant in a foreign country had defected to the South. It was the largest group defection since Kim Jong Un, North Korea's young leader, took power in late 2011. South Korean media reported that the restaurant is located in the eastern Chinese city of Ningbo.

Defections are a bitter source of contention between the rival Koreas, and Seoul doesn't always make the high-profile cases public. Liberal lawmakers and media outlets have linked the recent defection announcements to what they say is an attempt by the conservative government of South Korean President Park Geun-hye to muster anti-Pyongyang votes ahead of this week's parliamentary elections. The government denied this.

The colonel who defected worked for the North Korean military's General Reconnaissance Bureau before fleeing to South Korea, according to Seoul's Defense and Unification ministries. Both ministries refused to provide further details, including a motive for the defection.

The Unification Ministry said that a North Korean diplomat based in Africa separately defected to South Korea last year. It didn't elaborate.

The reconnaissance agency was believed to be behind two deadly attacks blamed on Pyongyang that killed 50 South Koreans in 2010.

There have been occasional reports of lower-level North Korean soldiers defecting, but it is unusual for a colonel to flee to South Korea.

Some South Korean media outlets said the colonel was the highest-ranking North Korean military officer to ever defect to the South. The South Korean government could not confirm that.

The highest-level North Korean to take asylum in South Korea is Hwang Jang-yop, a senior ruling Workers' Party official who once tutored Kim's late dictator father, Kim Jong Il. Hwang's 1997 defection was hailed by many South Koreans as an intelligence bonanza and a clear sign that the North's political system was inferior to the South's. Hwang died in 2010.

More than 29,000 North Koreans have defected to South Korea since the end of the 1950-53 Korean War, according to South Korean government records. Many defectors have testified that they wanted to avoid the North's harsh political system and poverty. Pyongyang usually accuses Seoul of enticing North Korean citizens to defect.

The announcement on the defections comes as the two Koreas trade threats amid Pyongyang's anger over annual South Korean-U.S. military drills that North Korea calls a rehearsal for an invasion. The North has fired a slew of missiles and artillery shells into the sea in an apparent protest against the drills.

South Korean officials said they disclosed the restaurant workers' group defection because it was an unusual case and happened after tough U.N. sanctions were imposed over Pyongyang's nuclear test and rocket launch this year. The officials said they confirmed the two individual defections in response to news reports on them.
Last Update: Apr 11, 2016 5:42 pm