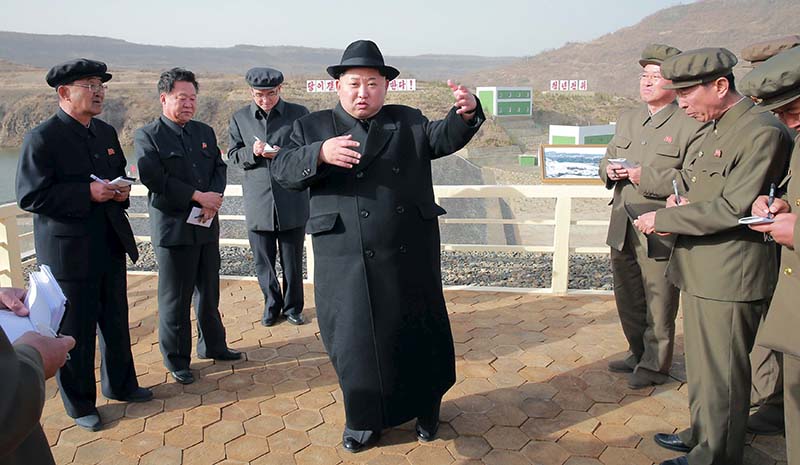 North Korea needs a "powerful nuclear deterrence" to counter U.S. hostility and threats, the foreign ministry was quoted by the state news agency KCNA as saying on Tuesday.

"The U.S. continued pursuance of extreme hostile policy and nuclear threat and blackmail against the DPRK will only make the latter make drastic progress in bolstering nuclear attack capabilities," KCNA quoted a ministry spokesman as saying.

It said the ministry was responding to what it described as Washington's ramping up of pressure against North Korea following its test on Saturday of submarine-launched ballistic missile.

Back in March North Korea released a propaganda video titled "Last Chance", showing a submarine-launched nuclear missile laying waste to Washington and concluding with the U.S. flag in flames.

At the end of the video, the U.S. Capitol building explodes in the impact and a message flashes up on the screen in Korean: "If U.S. imperialists budge an inch toward us, we will immediately hit them with nuclear (weapons)."

North Korea has been developing its nuclear weapons and missile capabilities, but is not believed to have perfected either enough to pose a credible threat to major U.S. cities.