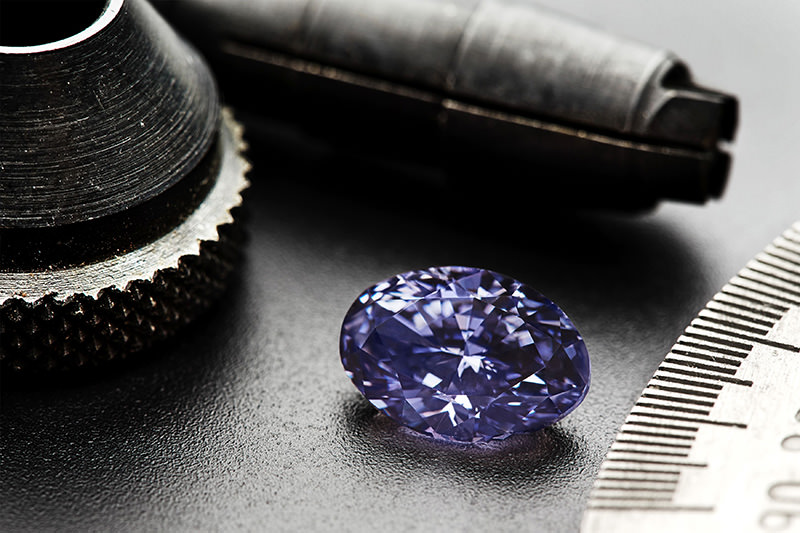 A rare violet diamond, the largest of its kind ever found at Australia's remote Argyle mine, will be the centrepiece of Rio Tinto's annual pink diamonds showcase, the company said Tuesday.

The rough gem, discovered in August 2015 at a mine where more than 90 percent of the world's pink and red jewels are produced, originally weighed 9.17 carats and had etchings, pits and crevices.

After weeks of assessment, the Argyle Violet was polished down to a 2.83 carat, oval-shaped diamond.

"Impossibly rare and limited by nature, the Argyle Violet will be highly sought after for its beauty, size and provenance," Rio Tinto Diamonds general manager of sales, Patrick Coppens, said in a statement.

Rio Tinto did not put a figure on its worth, but said it had been assessed by the Gemological Institute of America as a notable diamond with the colour grade of Fancy Deep Greyish Bluish Violet.

It is not known how diamonds acquire their coloured tinge but it is thought to come from a molecular structure distortion as the jewel forms in the earth's crust or makes its way to the surface.

Diamonds for sale as part of the annual Argyle pink diamonds tender can fetch US$1-2 million a carat. As a basic rule of thumb, pink and red diamonds are worth about 50 times more than white diamonds.

Rio Tinto said violet diamonds were extremely rare with only 12 carats of polished stone produced for the tender in 32 years.