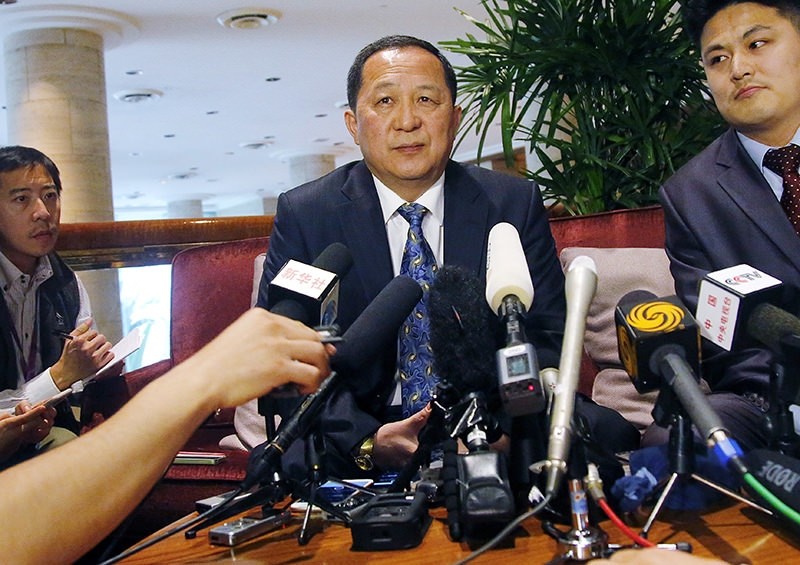 North Korea has named a career diplomat and ex-nuclear envoy with broad experience in negotiating with rivals South Korea and the United States as its new foreign minister, according to a diplomatic letter from Pyongyang.

Some South Korean analysts say Ri's appointment could be part of a bid to revive long-stalled diplomacy and improve ties with the outside world after Pyongyang's fourth nuclear test in January and long-range rocket launch in February led to international criticism and tough sanctions.

Critics say that North Korea turns to empty diplomatic gestures only after ratcheting up animosity in an attempt to win concessions and aid. North Korean diplomats also reportedly take a back seat to the generals and their hardline policies in tense times.

Ri's appointment probably won't ease the nuclear standoff anytime soon. The North has dismissed an insistence in Seoul and Washington that talks can resume only after Pyongyang follows through on past nuclear disarmament pledges.

In 2011, he met South Korea's top nuclear envoy in Bali, Indonesia, on the sidelines of a regional security conference and agreed to work toward a resumption of the nuclear talks. The agreement was considered a breakthrough at the time, but the nuclear negotiations are still stalled and have not been held since late 2008.

North Korea's ruling elite includes another person called "Ri Yong Ho" in English, though his name in Korean is slightly different from the new foreign minister's. This other Ri Yong Ho served as the country's army chief before his abrupt dismissal in 2012, and has not appeared in the North's media since.

With a wealth of experience handling important jobs and participating in crucial talks with the United States and other nations, Ri Yong Ho is likely to be a more skilled negotiator than his predecessor, said Koh Yu-hwan, a professor at Seoul's Dongguk University.

Ri Su Yong had a close relationship with North Korean leader Kim Jong Un. Ri Su Yong was North Korean ambassador to Switzerland, where Kim studied as a teenager. But as foreign minister, he didn't show much depth as a negotiator and often did nothing more than parrot Pyongyang's official lines, Koh said.

Both Ri Su Yong and Ri Yong Ho were awarded high-level posts during this month's Workers' Party conference, which was held for the first time in 36 years. If Ri Su Yong's promotion is correct, he replaces Kang Sok Ju, a longtime foreign policy specialist who negotiated a deal with the U.S. in 1994 to freeze and ultimately dismantle North Korea's nuclear facilities in exchange for economic aid.