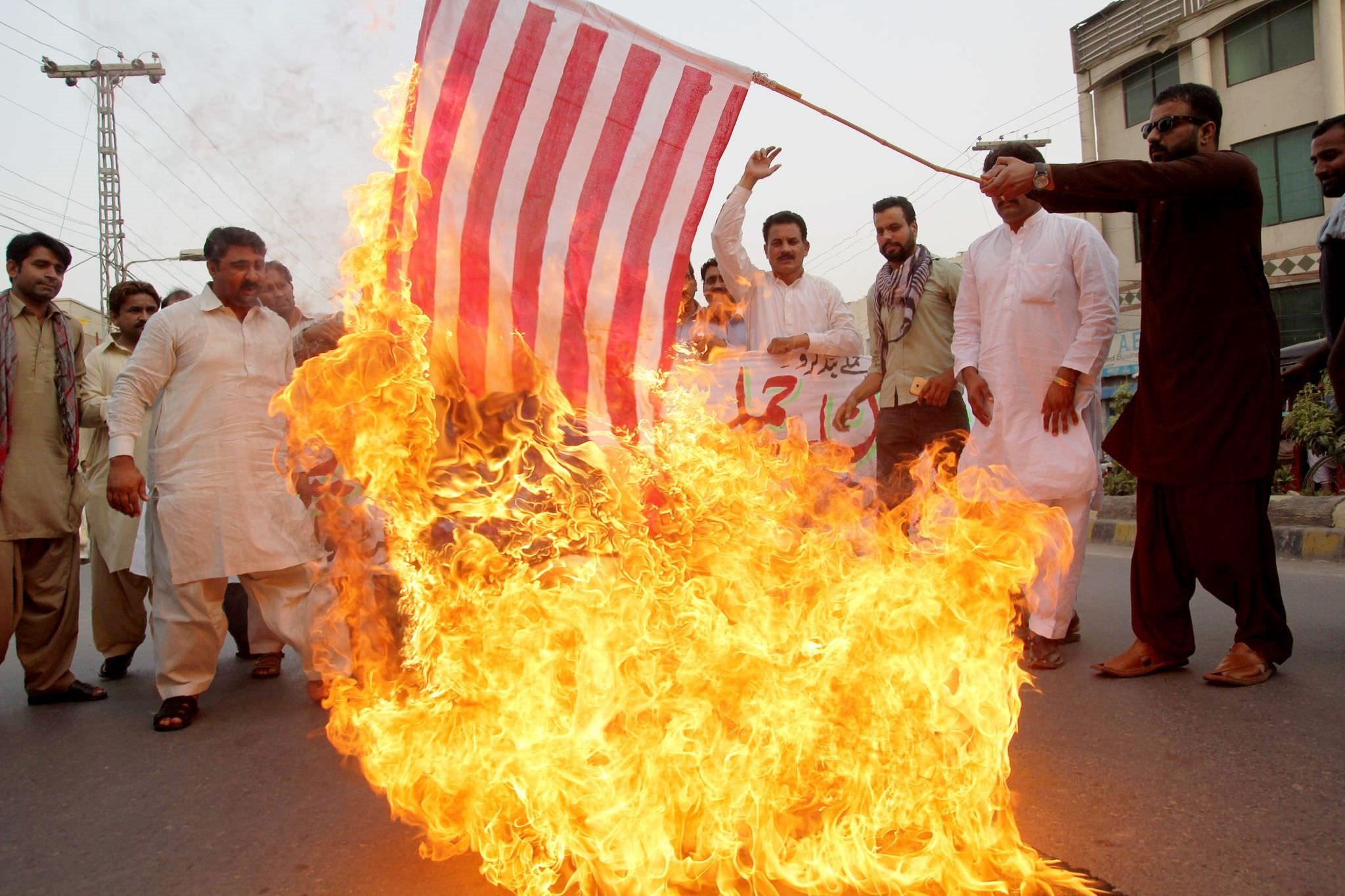 A Pakistani demonstrator holds a burning US flag as others shout slogans during a protest in Multan on May 24, 2016, against a US drone strike in Pakistan (AFP Photo)
by Compiled from Wire Services May 24, 2016 12:00 am
Pakistan Interior Minister Chaudhry Nisar Ali Khan said on Tuesday that a U.S. drone strike targeting Afghan Taliban leader Mullah Akhtar Mansour while he was on Pakistani soil was not legal.

"For the U.S. government to say that whoever is a threat to them will be targeted wherever they are, that is against international law," he told reporters.

Khan added that authorities will perform DNA tests on the body of a man who was killed in an American drone strike to determine whether the slain man is actually Taliban chief Mullah Mohammed Akhtar Mansour.

Khan said Tuesday that Pakistan is still unable to officially confirm Mansour's death, however Washington, Kabul and some senior Taliban commanders have confirmed it.

The Taliban has yet to formally announce his death.

"The government of Pakistan cannot announce this without a scientific and legal basis," Khan told a news briefing.

Khan criticised U.S. statements that the drone strike, which he said hit a car on Pakistani soil but was fired "from another country", was justified because Mansour was plotting attacks.

"This could have serious implications for the Pakistan-U.S. relationship," Khan said, adding that decisions would be made once Prime Minister Nawaz Sharif returned from abroad.

Pakistan and the United States have been uneasy allies in the war against militants in the region.

U.S. critics accuse Pakistan of allowing the Afghan Taliban's leadership to take shelter on its territory, something that Islamabad has denied.

The militant movement has made territorial gains and carried out a series of deadly attacks across Afghanistan since NATO forces officially wound down their combat mission at the end of 2014, undermining the Western-backed government in Kabul.
Last Update: May 24, 2016 6:16 pm
RELATED TOPICS