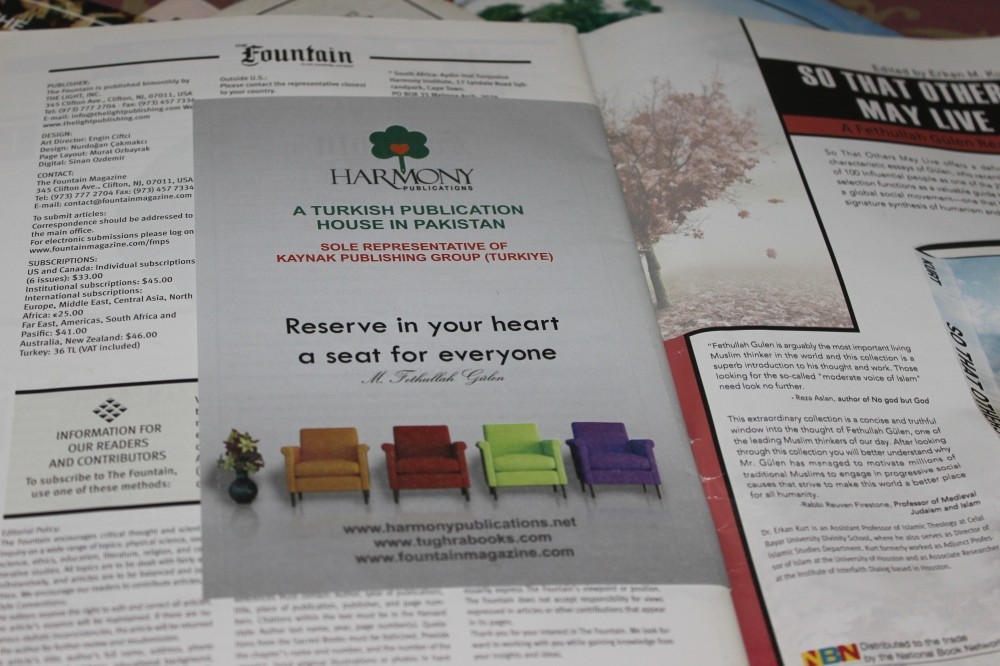 Pakistani-Turkish Gülenist schools have turned into cash-generating machines rather than educational institutions, with parents alleging the schools force them to buy Gülenist publications for students

Pakistani-Turkish schools have become a huge money minting empire in Pakistan that has grown in the past two decades, earning billions under the auspices of Gülenist schools.

The Gülenist empire, which operates as a charter school organization in Pakistan, has been involved in multiple side businesses that allowed the education chain to further its billion-dollar empire. While educational institutions that capitalize from the shady side-businesses are a rarity, these Pakistani-Turkish schools are financially linked to a huge network of businesses in the country, allowing them to gain even more power.

Daily Sabah has investigated the businesses details of Pakistani-Turkish schools and colleges in Pakistan where parents are alleging that someone is fleecing them.

For example, the company Hayat Water, which supplies water to all Pakistani-Turkish schools in Pakistan, is the only bottled water sold on the premises, leaving students no other option and forcing them to buy water that is sourced from a company supported by Gülenists; a prime example of the money minting that is running rampant among Gülenists. Hayat Water is manufactured by a company known as Pak-Turk bottles, which Gülenists used ubiquitously, exploiting the friendly relations between Pakistan and Turkey.

Harmony Publications is another big business and huge money-maker used by Pakistani-Turkish schools. Namely, Fountain Magazine, which is a Gülenist magazine.

However, this magazine contains content from Gülen articles and essays that echo his teachings. The content of these magazines has upset a large number of parents, as they are expected to pay subscription charges even if they do not want the magazine.

The mother of one student spoke to a correspondent on the condition of anonymity, saying: "The Fountain magazine is actually a big source of revenue, there are hundreds of students in Pakistani-Turkish schools and everyone has to buy it. Its bi-monthly and we have to pay for it.

"I am seriously thinking of changing schools because I don't want to spoil my children's future more," she added.

Operating under the ruse of being an educational institution, these schools infiltration into the business and corporate sector has exposed the hidden agenda of Gülenist schools in Pakistan.

In Pakistan, there are several well-reputed schools and colleges run privately; none of which have grown into what the Gülen empire has become.

There are several other small and large businesses that serve as sympathizers of the secretive Fethullah Gülen, a former preacher, in support of his movement.
RELATED TOPICS