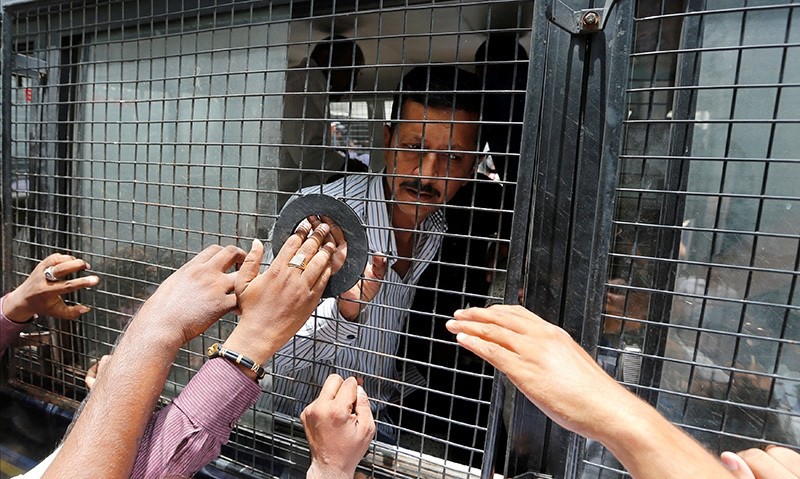 An Indian court jailed 11 Hindus for life on Friday for murdering dozens of Muslims during riots in Gujarat in 2002 that shook India at a time Prime Minister Narendra Modi was the state's chief minister.

The court sentenced 12 other people to seven years in jail for arson and their role in rioting in which 69 Muslims were killed, while another was handed a 10-year sentence, prosecutors said.

The massacre came during a series of religious riots that flared for two months in Gujarat, killing more than 1,000 people, most of them Muslims.

The court called the massacre the "darkest day" but rejected prosecutors' demand to sentence the defendants to death after ruling that the attack was not planned.

A Hindu mob scaled the boundary wall of a housing complex in Ahmedabad, Gujarat's largest city, in February 2002 before torching the homes in which Muslim families were trapped.

Among the victims were children and women who were burned to death.

The riots, among the worst since Indian independence in 1947, have dogged Modi's political career for years after he was accused of not doing enough to stop the violence. Modi, a Hindu, denies any wrongdoing and in 2013 a panel appointed by the Supreme Court said there was insufficient evidence to prosecute him.

The violence also tainted Modi's international reputation even as he rose in power at home, culminating in his 2014 general election victory.

The United States revoked his visa in 2005 but allowed him to travel there again after his election victory.

Dozens of people have been convicted for their role in the Gujarat riots, including a local lawmaker from Modi's Bharatiya Janata Party.

Zakia Jafri, whose husband Ehsan, a former Congress party legislator, died in the blaze, said the sentences on Friday were too lenient.

"I am not satisfied with this verdict. I have to start all over again. This is wrong," she told media.

Jafri, who is fighting what may be the last legal battle to pin blame on Modi, says she saw her husband making repeated desperate calls to police for help but none came.

He was dragged out of his home by sword-wielding men and within minutes was stripped and killed, according to Jafri.

Hindu mobs charged through Gujarat's streets in a wave of reprisal attacks after 60 Hindu pilgrims died in a train blaze in February 2002.

A court convicted 31 people years later of arson in connection with the train fire but other inquiries have said the fire was an accident.