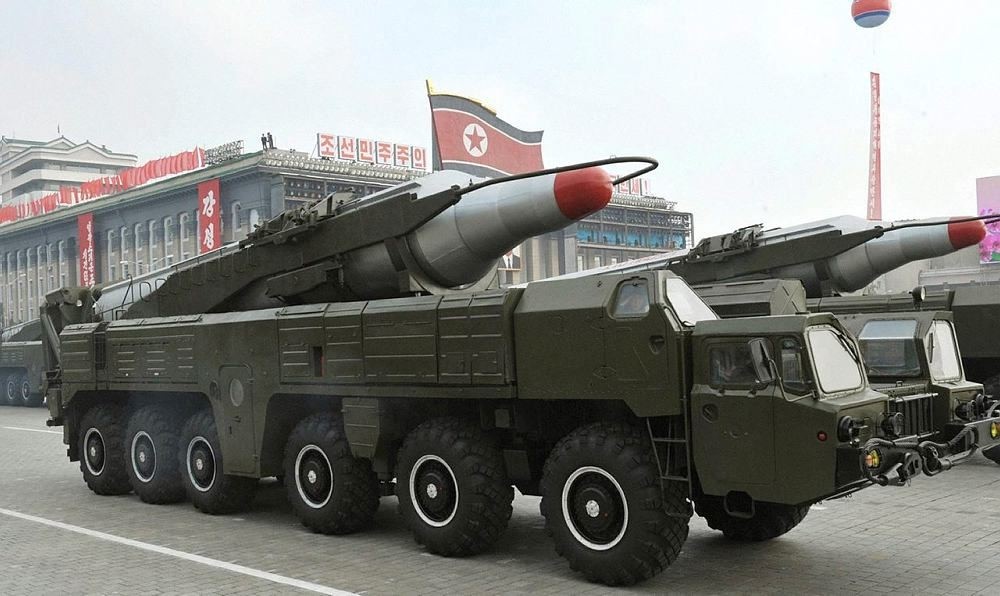 The JCS described them as "Musudan-like" missiles, referring to the reclusive state's indigenous medium-range model that it started testing in the spring. 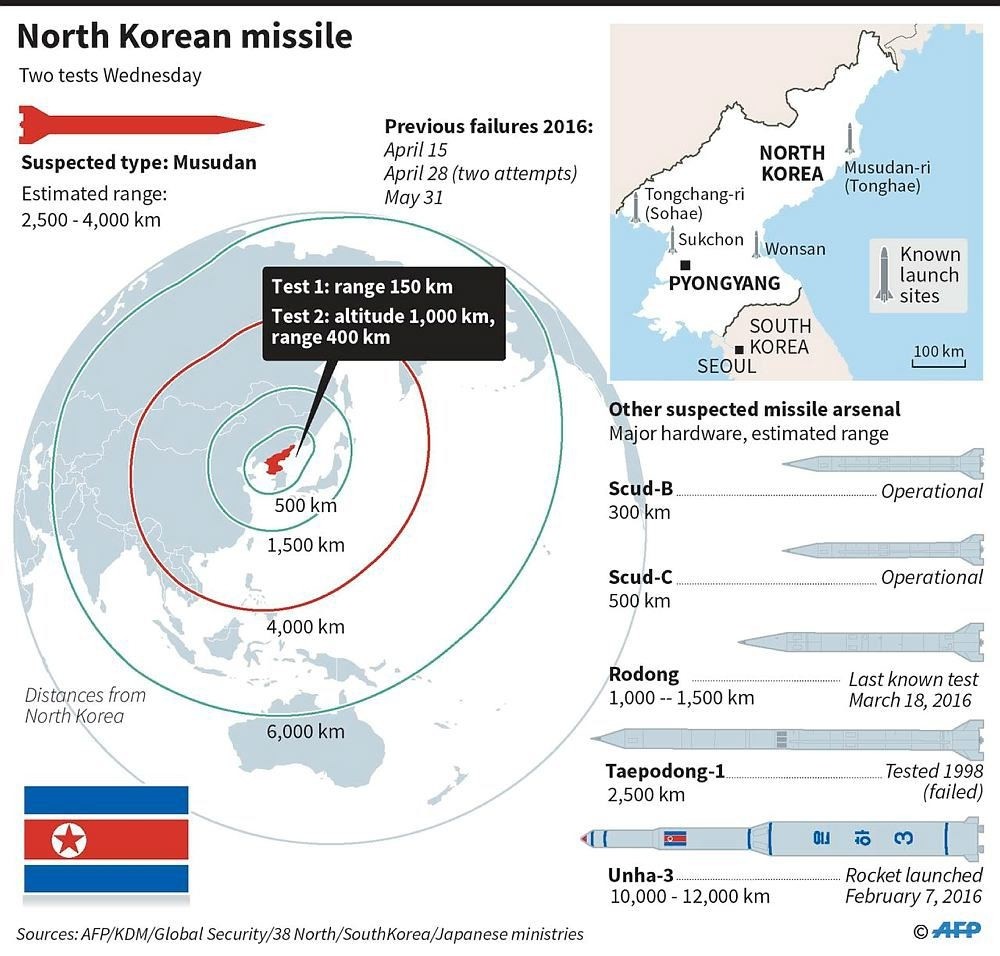 Paraded in Pyongyang back in 2010, the Musudan is yet to prove its effectiveness after a series of failed tests since April -- with a range of up to 4,000 kilometers (2,485 miles), it could in theory pose a threat to American forces as far away as Guam.

The North has often warned that it is capable of striking enemies as distant as the mainland United States.

While the claim remains questionable, Pyongyang's missile capabilities could be further enhanced when combined with its developing submarine program and warhead miniaturization technology.

Wednesday's tests kicked off shortly before 6 a.m. (2100GMT) -- the first missile apparently exploded around 150 kilometers into its flight and the second just after 8 a.m. traveled as far as 400 kilometers.

The JCS stated that it is conducting in-depth analysis along with South Korea's ally the U.S.

"North Korea's obsession with the Musudan missile derives from its desire to show off a missile program capable of striking the U.S.," a military official was quoted as saying by local news agency Yonhap.

"NATO continues to call on North Korea to fully comply with its obligations under international law, not to threaten with or conduct any launches using ballistic missile technology and to refrain from any further provocative actions," he said in a press release.

South Korea had already warned that it would work with the international community to further pressure Pyongyang, which was hit with strengthened sanctions in March following its fourth ever nuclear test in January and subsequent long-range rocket launch.

As regional tensions remain ever present, North Korea has been pushing for dialogue with its southern neighbor since last month, but Seoul refuses to accept talks without Pyongyang's commitment to denuclearization.

The two Koreas have maintained an uneasy truce since the 1950-53 Korean War ended in a ceasefire rather than a peace treaty.

The U.S. condemned the missile launch and vowed to work with its allies to take a stand against Pyongyang.

"The United States will do what we have done in the past, which is work with the international community, particularly our allies in South Korea and Japan," according to a White House spokesman.

The U.S. has been in dialogue with China and Russia to put pressure on North Korea to deescalate tensions in the region.