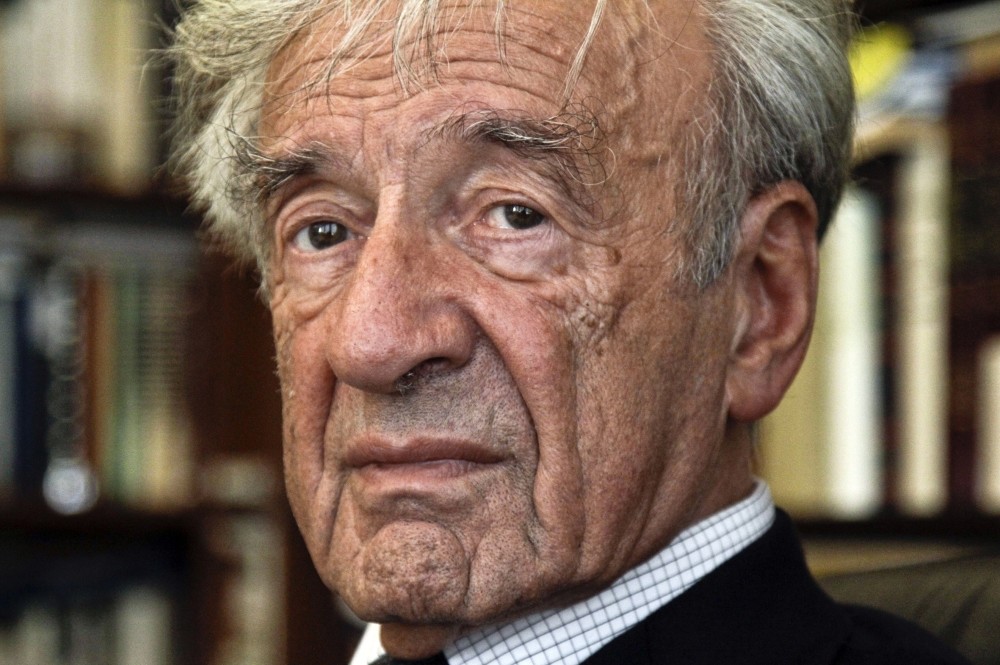 by Jul 04, 2016 12:00 am
Holocaust survivor, author and Nobel Peace Prize laureate Elie Wiesel has died at age 87, Israel's Yad Vashem Holocaust memorial said Saturday. Wiesel's memoir "Night" told the story of his time in Nazi concentration camps during World War II and is considered among the most important works documenting the horrors of the Holocaust.

Wiesel was born in Romania in 1928 and was 15 when his family was deported by the Nazis to Auschwitz, where his mother and one of his sisters died.

He was later transferred with his father to the Buchenwald camp, where his father died just days before the liberation of the camp.

While living in Paris in 1956, he wrote an 800-page memoir of his experiences during the Holocaust that was later shortened and translated into French as "Nuit." The English version, "Night," was published in 1960 and it has since been translated into more than 30 languages.

He described the sense of hopelessness he experienced and the horrors of watching children condemned to die and men who were living corpses. "Never shall I forget those moments which murdered my God and my soul and turned my dreams to dust. Never shall I forget these things, even if I am condemned to live as long as God Himself. Never," he wrote of his first hours in Auschwitz.

He devoted his life to Holocaust remembrance to ensure such horrors could never again be visit upon humanity, speaking out as an advocate on behalf of other victims of inhumanity and injustice, including apartheid in South Africa and genocide in Rwanda and Yugoslavia.

"I swore never to be silent whenever and wherever human beings endure suffering and humiliation," he said in accepting his Nobel Prize. "We must always take sides. Neutrality helps the oppressor, never the victim. Silence encourages the tormentor, never the tormented." Wiesel, the author of more than 50 books, won the peace prize in 1986 for his message of "peace, atonement and human dignity."

"Elie Wiesel has emerged as one of the most important spiritual leaders and guides in an age when violence, repression and racism continue to characterise the world," the Nobel Committee said.

An outpouring of condolences was pouring in from around the world. Wiesel was "the conscience of the world" and a "living memorial" who compelled humanity to act in the face of suffering, U.S. President Barack Obama said.

"He raised his voice, not just against anti-Semitism, but against hatred, bigotry and intolerance in all its forms," Obama said. "He implored each of us, as nations and as human beings, to do the same, to see ourselves in each other and to make real that pledge of 'never again.'" The World Jewish Congress called him a "beacon of light" and said the Jewish community "owes him an enormous debt of gratitude."

The International Auschwitz Committee praised Wiesel as "a teacher of mankind" who went to great effort to share the horrors of the Nazi death camp.

He has worked for Holocaust remembrance and on behalf of other victims of genocide, war and oppression through his Elie Wiesel Foundation for Humanity. He had taught at Boston University since 1976 and had also taught the City University of New York and Yale University.
RELATED TOPICS