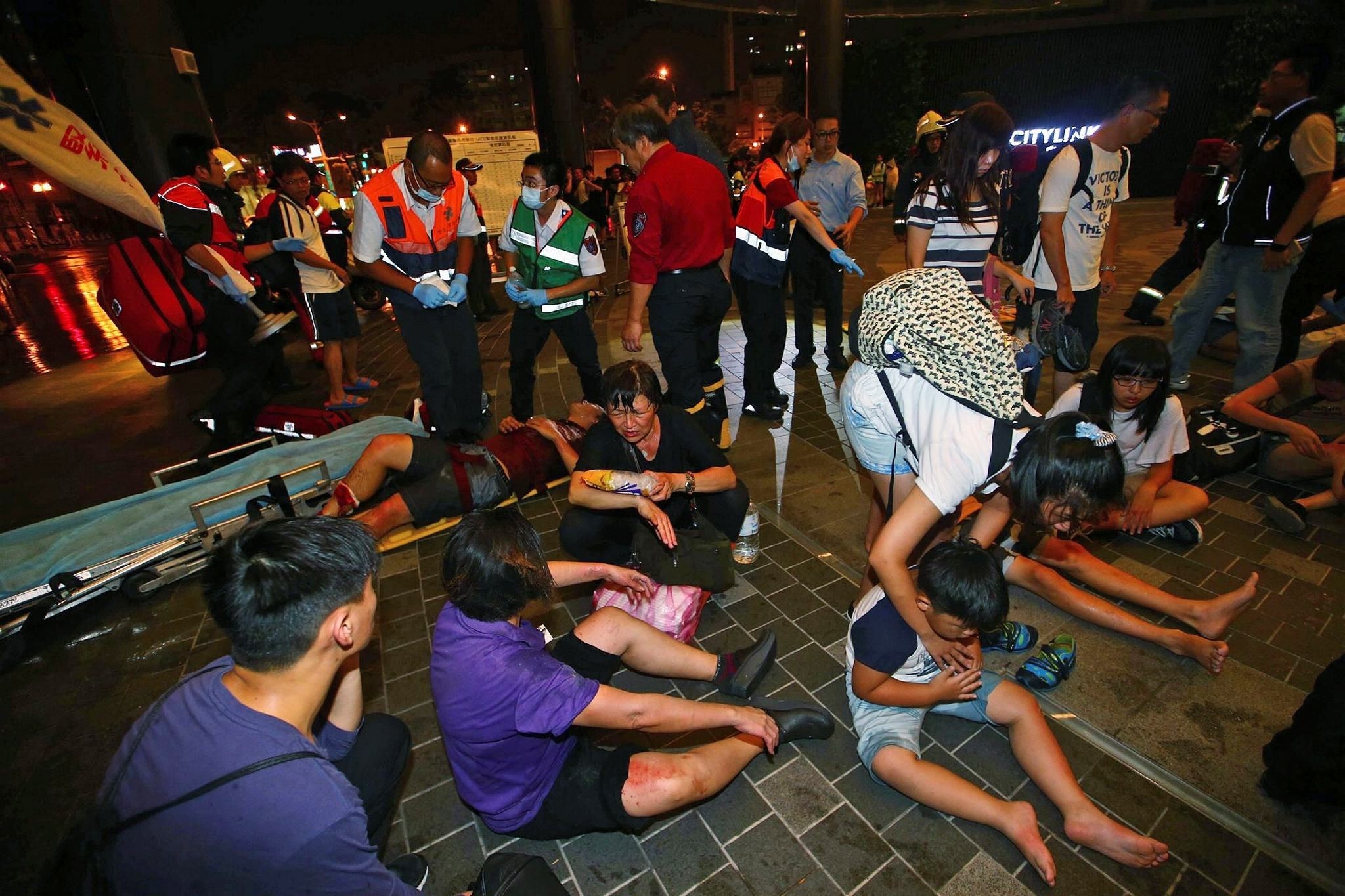 Injured people are helped by emergency rescue workers outside a station after an explosion on a passenger train in Taipei, Taiwan, Thursday, July 7, 2016. (AP Photo)
by Jul 07, 2016 12:00 am

At least 24 people were injured in an explosion on a train in Taiwan's capital late Thursday, in an incident described by the island's premier as "malicious".

The blast at around 10 pm (1400 GMT) caused a small fire and plunged the carriage into darkness as the train was pulling into a station in Taipei.

"It looks like somebody did this with a malicious intent and we will fully investigate this case," Taiwan's premier Lin Chuan told reporters.

Local media quoted eyewitnesses saying they had seen a man carry a black rectangle-shaped object onto the train.

Police were reviewing surveillance footage to try and identify the man, but also said that they had not received any threats prior to the incident.

"It's something like a firecracker that exploded ... I saw a rectangle-shaped firecracker on the seat. We will explain more after the forensics team inspect (the scene)," said National Police Agency chief Chen Kuo-en.

Television footage showed emergency workers treating injured passengers outside the train station, most of them suffering from burns.

"There was a blast and the carriage went dark. People were panicking and screaming," one passenger told a local news channel.

"I saw fire from the lights and I heard a sound and my hair was on fire," another woman said.

Images from inside the train carriage showed shattered glass on the floor and part of a side wall blackened by flames.

"I want to tell the public to rest assured as we have heightened the alert for the security of public areas and transport systems," premier Lin told reporters after he had visited the injured in hospital.

The government set up an emergency taskforce to investigate the cause and a police probe is underway, his office also said in a statement.

In 2014 a college student killed four people in a stabbing sprees on the Taipei metro, shocking the island and prompting a security overhaul of the city's public transport systems.