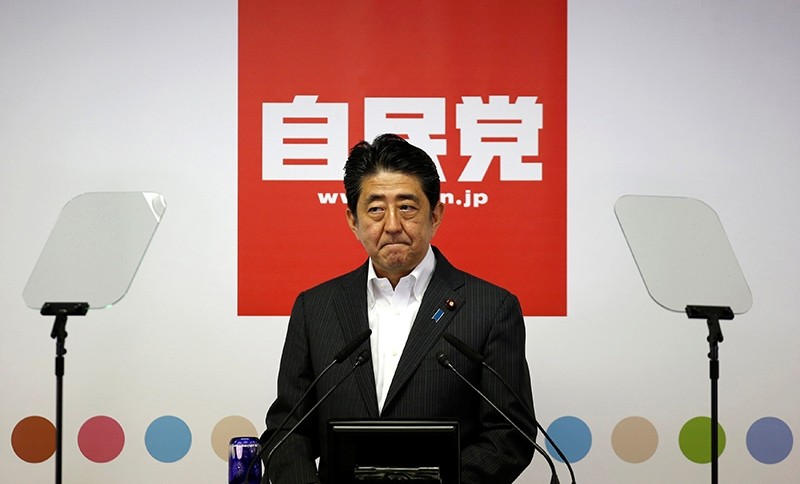 Japan's ruling Liberal Democratic Party (LDP) has won a majority of seats in the upper house election and seemed close to winning -- with support from allies -- the two-thirds majority needed to propose amendments to the constitution.

As of early Monday, the LDP and its coalition partner Komeito had secured 144 seats in the upper chamber where 122 was a simple majority.

The LDP had a chance to have a clear majority without his coalition partner for the first time in 27 years.

Prime Minister Shinzo Abe also seemed close to acquiring the two-thirds majority necessary to propose amendments to the constitution, though that would require getting votes from Komeito, smaller parties and independents.

The election results resonated beyond Japan as the possibility now looms of Tokyo revising the post-World War II constitution to modify or even eliminate Article 9, in which Japan renounces war as a means of resolving international disputes.

However, if Abe manages to cobble together the necessary supermajority, it does not necessarily hold that it will launch a direct assault on Article 9 despite his well-known desire to do so.

The government is well aware that such action is unpopular and could backfire.

In addition to acquiring the necessary super majorities in both houses of parliament -- it has, with Komeito, the required two thirds in the lower house -- any amendment would have to be ratified in a national referendum decided by majority vote.

The LDP candidates studiously avoided discussing constitutional reform during the campaign, knowing it is a volatile issue.

The party's vice president, Masahiko Komura, said on a television interview that there was "zero possibility" the LDP would try to change Article 9.

It is generally thought that the government might propose more innocuous changes simply to get the public used to the idea of amending the document.

The constitution has never been changed since it as promulgated by the American Occupation in 1947.

Shortly before the election, Abe floated the idea of adopting an "emergency situations clause" giving the government unspecified emergency powers to use in the event of a major natural disaster or invasion.

The government would also like to alter the constitution to make it easier to propose amendments such as lowering the parliamentary threshold from two-thirds to a simple majority.

The government is on safer ground talking about the economy, even though there have been two quarters in the past year in which the economy contracted and polls show that the public no longer has much faith in Abe's economic policies.

Abe described the election results as the voice of the people "urging us to vigorously advance the current economic policies".

They get away with such hurdles since the main opposition, the Democratic Party, does not seem to have any better ideas, and there is no evidence that the public embraces the economic proposals of the Japan Communist Party despite the temporary electoral partnership.

Abe said his first order of business will be to submit a new economic stimulus package to parliament.

One thing the ruling bloc could legitimately boast about was giving Japan political stability after years of prime ministers who resigned early in their terms.

Abe has now won four national elections since first coming to power in 2012 by thoroughly thrashing the opposition.