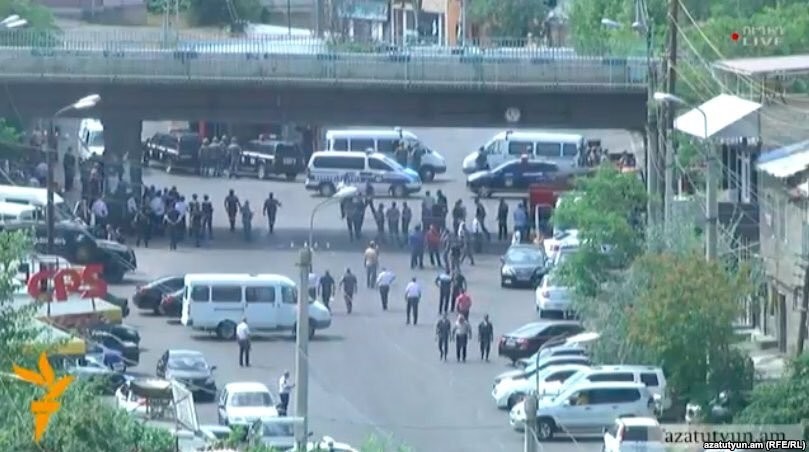 One person was killed as a group of armed men stormed the headquarters of the police and took the local police chief hostage along with an unknown number of people in the Armenian capital of Yerevan, local media reported on early Sunday.

Security troops were dispatched to the headquarter, and the head of the country's security, Vladimir Gasparyan, was also present at the scene.

Negotiations were underway to resolve the situation peacefully, the security service said, accusing the hostage takers' supporters of spreading false rumours on the internet that an armed uprising against the government was underway.

Armenian news agencies reported that the armed men were demanding the release of Jirair Sefilian, an opposition leader and former military commander, who was arrested in June.

Sefilian has strongly criticised Armenia's President Serzh Sargsyan and is unhappy about the way the government has been handling a long-running conflict between pro-Armenian separatists and the breakaway Azeri region of Nagorno-Karabakh.

Agencies reported that the armed men were demanding that President Sargsyan quit and that both some policemen and some of the hostage takers had been wounded. Reuters could not immediately confirm either assertion.

The security service said law enforcement agencies were working as normal to uphold public safety. TV images of the scene showed a heavy police presence with armoured vehicles blocking off the road to the police station.

The security service said the hostage takers' supporters were spreading what it called "disinformation" about the seizure of other buildings as part of an armed uprising.

"The National Security Service officially announces that such information is absolutely untrue," it said.