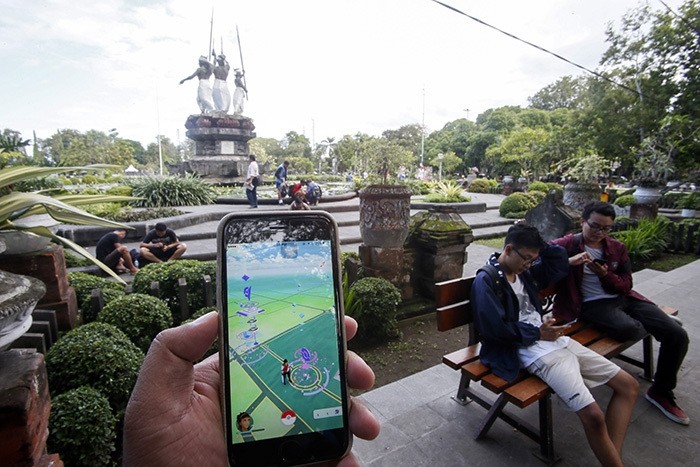 Indonesia's police and military have banned their members from playing the popular virtual-reality game "Pokemon Go," and warned that their premises were off limits to other gamers.

"We are worried that officers will get addicted to the game and forget to do their job to serve people," national police spokesman Boy Rafli Amar said.

The ban came after a Frenchman was arrested and released after he inadvertently entered a military base while hunting for Pokemon in the West Java town of Cirebon.

Amar said non-police gamers are also banned from entering police premises to catch Pokemon. "We have to be cautious against those who may use Pokemon Go as a disguise for other purposes."

He cited the threat of militant attacks, such as a suicide bombing in a police station compound in the city of Solo earlier this month, as one of the considerations.

"It's not allowed for security reasons," he said. "The game uses GPS and video streaming and sends location details," he was quoted as saying by Viva.co news website.

Players catch and interact with Pokemon characters that appear superimposed onto real physical locations when viewed through their device's camera in a technique known as augmented reality.

A 27-year-old Frenchman was playing "Pokemon Go" while jogging late Monday when he inadvertently entered the garrison in Cirebon, West Java province, police said. He was released hours later.

"Pokemon Go" developers say it encourages users to explore their surroundings. The game, developed by Niantic and part-owned by Nintendo, has been a global phenomenon since it was released two weeks ago.

It is not officially available in Indonesia but there are ways to download the game from the internet.