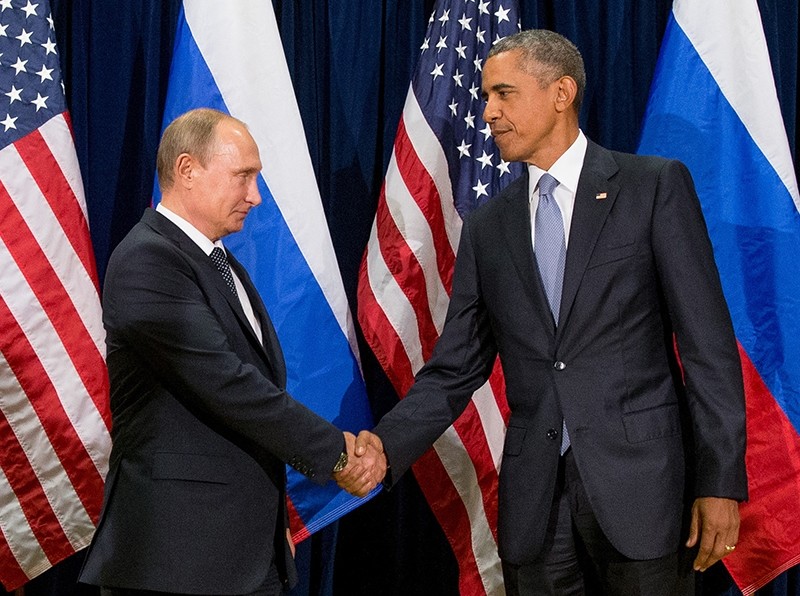 The Kremlin on Thursday told the United States to get to the bottom of a hacking scandal involving Democratic Party emails itself, saying accusations of its own involvement bordered on the stupid and were motivated by anti-Russian sentiment.

Trump on Wednesday invited Russia to dig up tens of thousands of "missing" emails from Democratic rival Hillary Clinton's time at the U.S. State Department, prompting Democrats to accuse him of urging foreigners to spy on Americans.

Trump, who later said his comments were intended sarcastically, spoke out after U.S. President Barack Obama said it was possible Russia would try to influence the U.S. presidential election after a leak of Democratic National Committee emails that experts have blamed on Russian hackers.

Kremlin spokesman Dmitry Peskov, who has already twice denied any Russian involvement in hacking Democratic Party emails, said the allegations were a "vivid example of the use of anti-Russian sentiment for electoral purposes in the United States."

"It is so absurd it borders on total stupidity," Peskov told reporters on a conference call. "As regards these (email) batches, that is not our headache. We never poke our noses into others' affairs and we really don't like it when people try to poke their nose into ours.

"The Americans needs to get to the bottom of what these emails are themselves and find out what it's all about."

Peskov said comments by Trump that he would consider recognising Crimea as Russian after Moscow annexed it from Ukraine in 2014 would not change the Kremlin's neutral stance on the Nov. 8 U.S. elections.

"We know perfectly well that candidates in the heat of a pre-election struggle say one thing, but that later, when under the weight of responsibility, their rhetoric becomes more balanced."

The renewed tension comes after WikiLeaks released files on Wednesday of what it said were audio recordings pulled from the emails of the Democratic National Committee that were obtained by hacking its servers.

The latest release, which came in the middle of the Democratic National Convention where Hillary Clinton was officially named the party's presidential nominee, is the second batch in a series that has deeply rattled the party and prompted the organization's chairwoman, Debbie Wasserman Schultz, to step down.