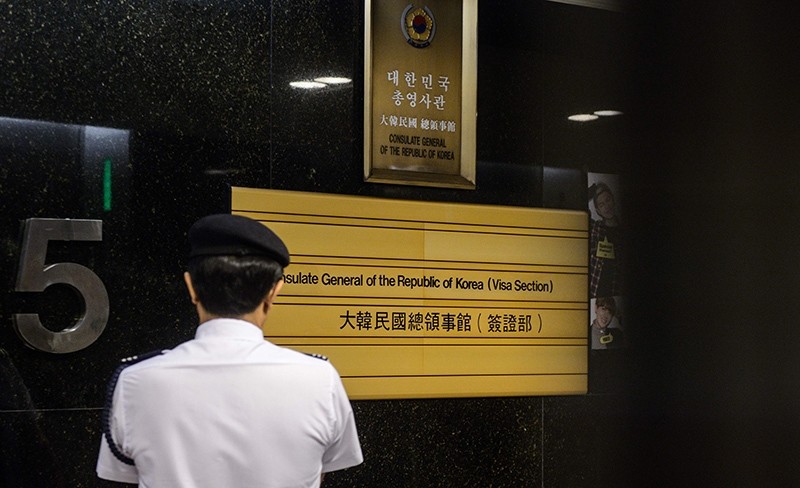 The consulate was under tight security and journalists were being told that officials would not comment on the matter.

The teenager was thought to have been in Hong Kong for the International Mathematical Olympiad, which was held at a local university earlier in July, the South China Morning Post reported.

In the early 2000s, many North Koreans sought asylum at foreign embassies, but the number of defectors has dropped in recent years.

Defections by members of official delegations travelling abroad are rare, because they are carefully vetted before being granted exit visas and closely monitored during their stay overseas.

There was a cordon Thursday morning in front of the lift to the floor of the building where the consulate is located, and an AFP reporter was stopped by guards from going up.

A city police spokeswoman said there is "no information" to provide, while HKUST also declined to comment.

Most do not normally seek passage through China, as Beijing forcibly repatriates would-be defectors to North Korea.

Hong Kong has a separate legal and governance system to the mainland, as part of the Sino-British joint declaration.

North Koreans have been visiting, living and studying in Hong Kong since the territory's handover to China in 1997.

Several North Koreans have studied at the University of Hong Kong. The nephew of current leader Kim Jong Un reportedly wanted to study at a boarding school in Hong Kong but was denied a visa.
Last Update: Jul 28, 2016 3:59 pm
RELATED TOPICS