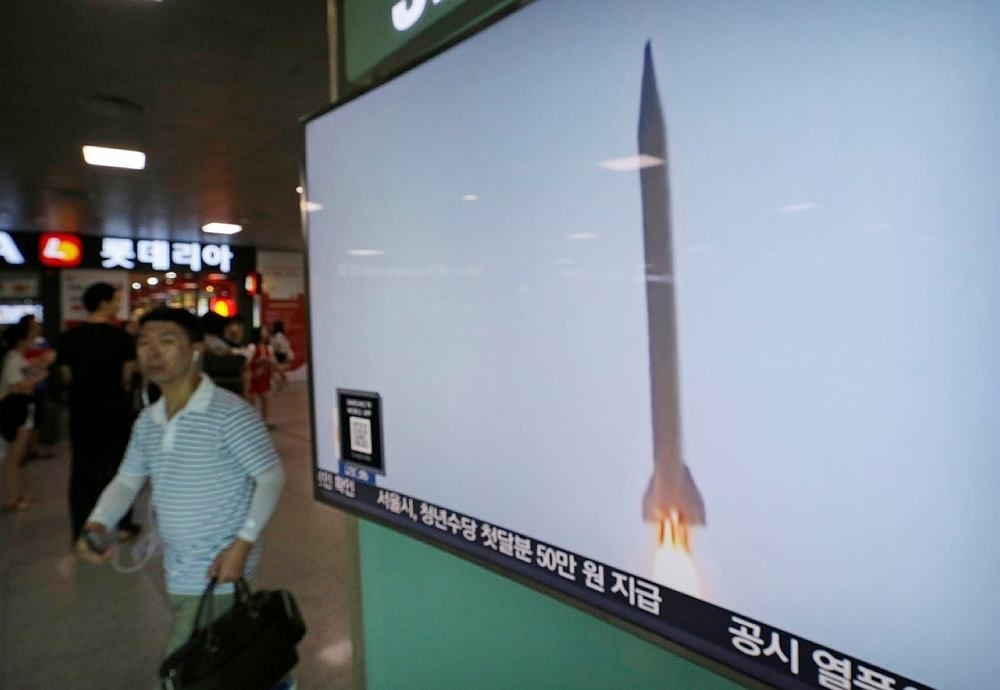 North Korea successfully test-fired a mid-range ballistic missile into open water Wednesday, according to South Korea's military -- and it appears that a second projectile exploded upon being launched.

Continuing a general pattern since kicking off the year with a fourth ever nuclear test, the North attempted to launch the pair of presumed Rodong missiles shortly before 8 a.m. (2300GMT Tuesday).

The South's Joint Chiefs of Staff noted that one of the missiles flew across the peninsula from the western province of South Hwanghae -- a source cited by local news agency Yonhap suggested that it traveled close to its full range, which is estimated to be 1,300 kilometers (808 miles).

A United States military statement added that the second missile failed due to an immediate explosion after its launch.

The U.S. has nearly 30,000 troops based on the peninsula, which from next year will host a contentious American missile defense system known as THAAD (Terminal High Altitude Area Defense).

Pyongyang threatened to respond physically to the planned deployment after it was announced last month, although North Korea is barred under United Nations Security Council resolutions from even testing ballistic missiles.

The UN said Wednesday it was "deeply troubled" by the firing of missiles, adding such actions "seriously undermine regional peace and stability.

In a statement, the organization urged North Korea "to heed the united call of the international community to reverse its course and return to the process of sincere dialogue."

Turkey too reacted to the missile launch, saying it constitutes a "continued threat to regional, as well as international security and stability," calling on the country to stop.

The latest launch was also condemned by Japan, whose defense ministry said it marked the first time a missile warhead from North Korea fell into the island nation's exclusive economic zone.

Meanwhile, the North rejected Wednesday Seoul's claim that it was behind a recent cyber attack targeting the South Korean government.

An official investigation in the South revealed this week that evidence pointed to Pyongyang being responsible for an email password scam targeting around 90 officials.

"Without any reasonable ground, South Korea blindly blamed North Korea for having conducted the cyber attack. Seoul's claim is preposterous and is full of sophistry," insisted the North's propaganda website Uriminzokkiri.

The website also accused Seoul of "cooking up a conspiracy" to distract the South Korean public from unpopular policies at home.