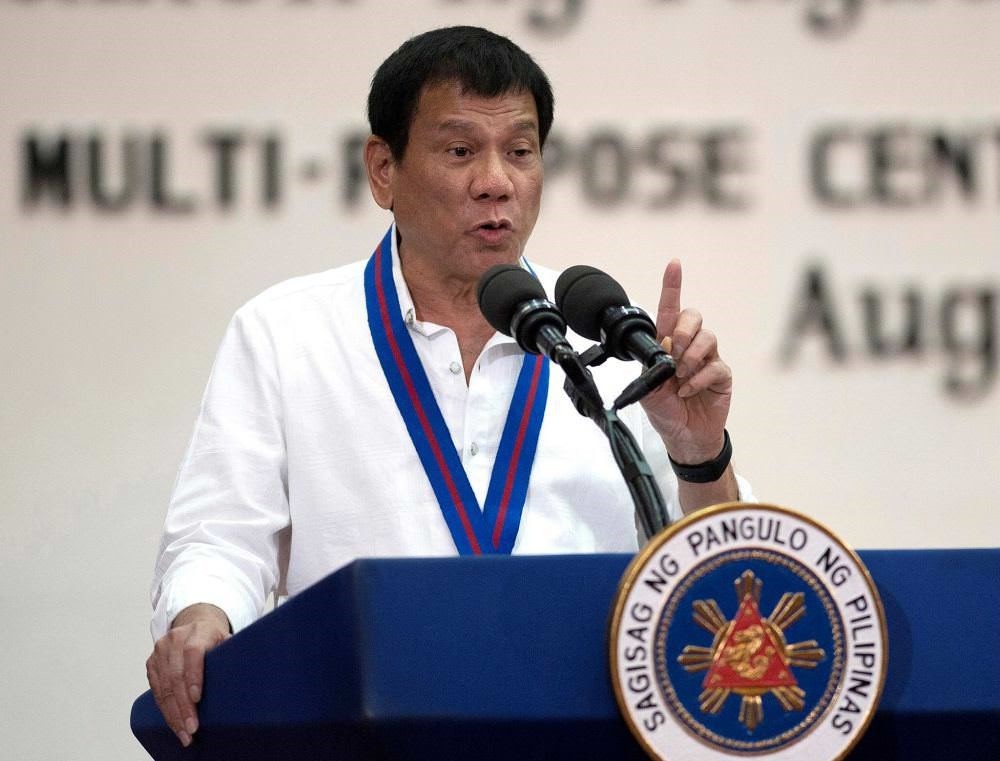 by Aug 24, 2016 12:00 am
Less than two months in office, Philippines President Rodrigo Duterte is getting high marks from the business community for policies that could engineer an economic surge and companies say they are making new investments as a result. While Duterte may be getting headlines for a bloody war against drug dealers and users, less attention has been paid to one of Asia's few economic success stories. The groundwork was laid by Duterte's predecessor, President Benigno Aquino, who took growth above 6 percent over his six-year term , but executives are also cheering the new administration's focus on building new infrastructure and say it could spell the start of a long-term boom. Some even see Duterte's violent and highly controversial anti-drugs campaign as potentially positive. "We are in a very good spot," said Antonio Moncupa Jr., president and CEO of East-West Banking Corp, one of the top 10 lenders in the country. "The pronouncement of government prioritising infrastructure spending, accelerating it and cutting red tape, solving peace and order, I think all point to very good prospects ahead." Last week, the government announced that the Philippines' economy grew at 7 percent in the second quarter from a year earlier, its highest level in three years. It makes the Philippines the fastest growing among all countries that have reported so far for the second quarter.

When Duterte won the May presidential election, there were questions marks over how he would handle the economy - Duterte, who is nicknamed "the Punisher", has been unapologetic over unleashing the police on drug users and dealers. Philippine National Police Chief Ronald Dela Rosa said on Monday that there have been 1,800 drug-related deaths since Duterte took over as president, with 712 of those at the hands of the police. The new president has launched a crackdown on online gambling, vowed to destroy oligarchs, warned that the country could live without a mining industry if environmental standards were not met and called the U.S. ambassador a "gay son of a whore". But Duterte has a 91 percent approval rating in the latest public survey and businesses are lining up to announce expansion plans. The mainstays of the economy - remittances and the outsourcing sector - are flourishing and boosting domestic consumption. Jollibee Foods Corp, the biggest fastfood chain in the country, plans to open 200 more domestic stores this year. So does Robinsons Retail, taking its total to over 1,500. BDO Unibank Inc, the country's biggest lender, plans to open 50-100 new branches this year. "We are supportive and encouraged by the new administration's socio-economic agenda, which has a holistic approach for the benefit of all, including JFC," said Jollibee investor relations officer Cossette Palomar.

However, the Philippines has a worrying precedent of a strongman leader. In the 1960s, when the country had one of the highest per capita incomes in Asia, Ferdinand Marcos took over as president. Two decades of dictatorship, corruption and plunder by Marcos left the Philippines in a shambles. "Business will be good under this administration," BDO Unibank executive vice-president Luis Reyes said of Duterte. "Concerns center more on the extra-judicial killings." Supporters of Duterte say even as the long-term mayor of the southern city of Davao, where he earned his reputation for busting crime, he created the conditions for business to flourish. Government data show that the Davao region's economy grew by 6.6 percent on average in 2010-14 compared with 6.3 percent for the whole country. According to one estimate, there were more than 20,000 people in outsourcing jobs in the city in 2013, and this sector was growing at more than 20 percent a year. Duterte's reputation of carrying out his promises has given businesses plenty to look forward to - for instance his vow to make spending on infrastructure a priority. "I believe infrastructure is going to grow very fast and it will have a double or triple effect," said Henry Schumacher of the European Chamber of Commerce in the Philippines. "Money will be available. An iron fist is going to be behind it."

In May, Duterte told the country's main telecom providers to speed up the internet, or he would junk laws that prohibit foreign competition. Duterte's economic plan also includes lowering corporate and income taxes and a commitment to invest in education, to reap the demographic dividend of the country's young population. About two-thirds of the Philippines' 100 million people are of working age, between 15 and 64, rising from about 56 percent of the population in 1990. In 2030, about 70 percent of the 125 million people will be of working age, the government has projected. "This is another advantage given other neighbors in the region, most of Northeast Asia and some in Southeast Asia, have populations that are ageing and are therefore facing labor supply constraints," said Euben Paracuelles, an economist at Nomura. Still, Joanne Burgonio, a 27-year-old software analyst in Manila, said it was too early to say what a Duterte presidency would bring. "My concern is transportation," she said, adding that she waited two hours for a bus home the previous evening. "His focus now is (on) drug pushers, hopefully the focus will be on infrastructure. I am optimistic because whatever he promised before he was elected, he is doing."