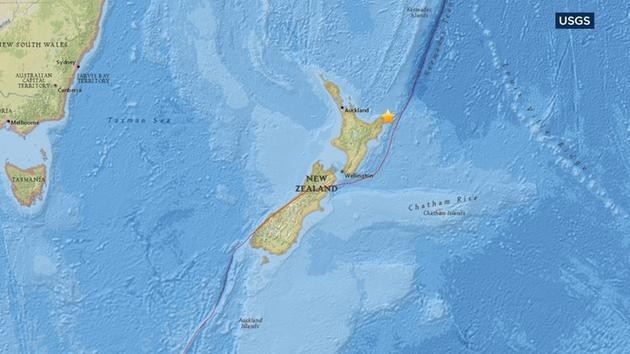 People living in coastal areas of New Zealand closest to a huge earthquake that struck offshore early on Friday were ordered to evacuate due to fears of a tsunami, although agencies in other countries said it was not a major threat.

New Zealand's Civil Defence said that based on current assessments it did not expect land to be inundated, but added: "Tsunami activity will continue for several hours and the threat must be regarded as real until this warning is cancelled."

People in North Island reported on Twitter being woken by shaking and local media said there were some power outages.

People living on the coast near the town of Gisborne, the area nearest the quake's epicentre, were told to evacuate and get to higher ground or go as far inland as they could.

The Ministry of Civil Defence and Emergency Management and its scientific advisers were still assessing the severity of the tsunami threat.

But the U.S. National Tsunami Warning Center and the Chilean Navy said there was no danger of a tsunami on the Pacific coasts of the Americas.

Government seismologist Anna Kaiser told Radio New Zealand a 30-centimetre (12-inch) wave that had been detected could suggest "some displacement of the sea floor which is what you need to generate a tsunami."