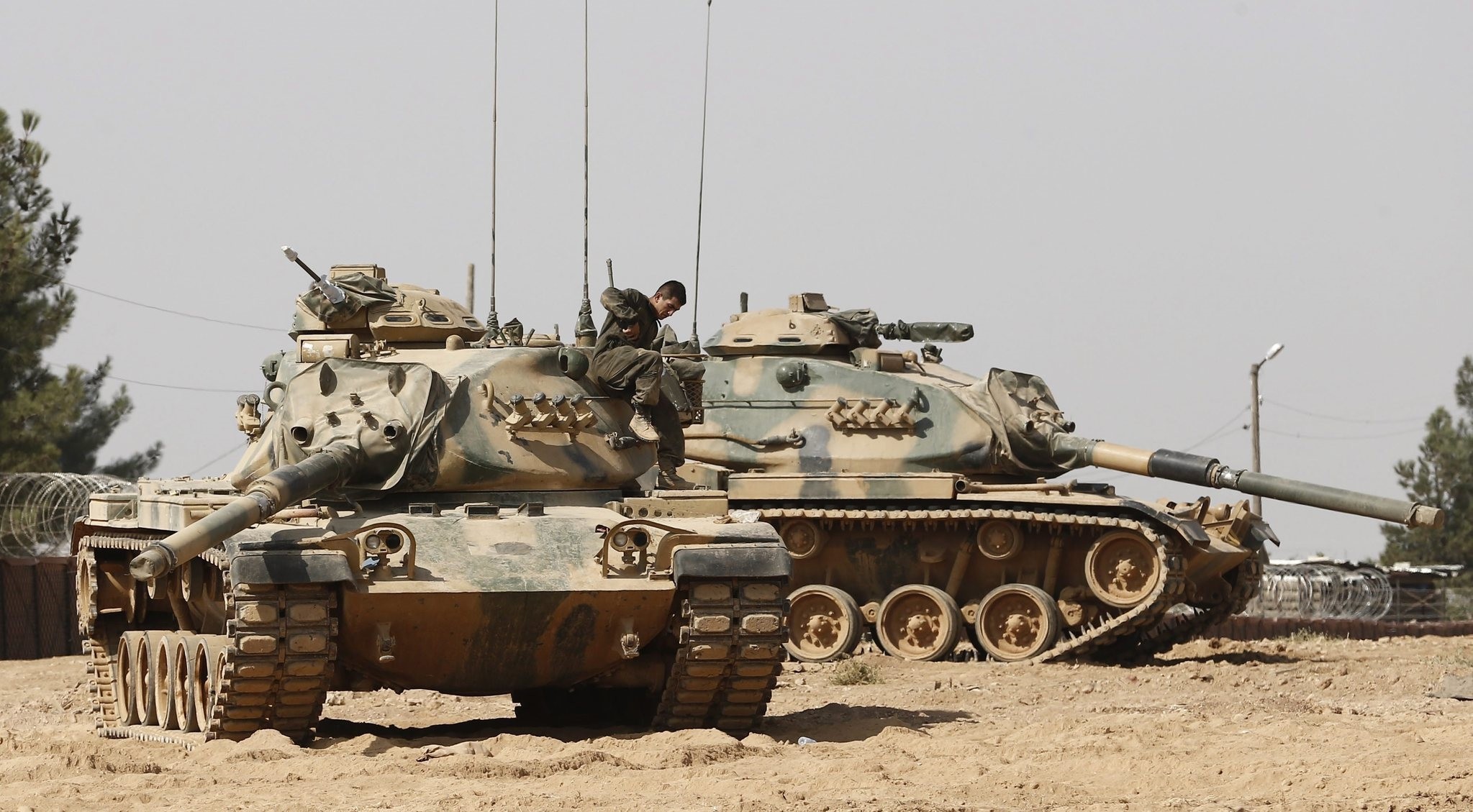 A Turkish soldier on his tank as they prepare for a military operation at the Syrian border as part of their offensive against the Daesh militant group in Syria. (EPA Photo)
by Daily Sabah Sep 05, 2016 12:00 am

In a statement, the Turkish Armed Forces (TSK) said that they hit nine terrorist targets in the villages 99 times using Turkish army "Fırtına" (storm) howitzers on the 13th day of the operation.