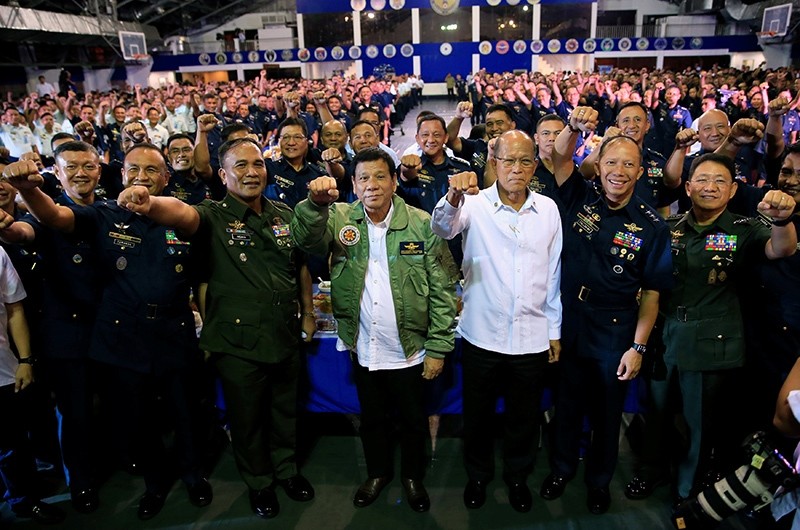 Duterte also said Tuesday that he was considering acquiring defense equipment from Russia and China. The Philippines has traditionally leaned on the U.S., its longtime treaty ally, for its security needs.

Duterte said that the Philippines does "not go into a patrol or join any other army from now because I do not want trouble."

Like other security pronouncements, Duterte did not provide details, but his rejection for joint patrols apparently goes against such an arrangement announced in April by the U.S. and Philippine defense chiefs.