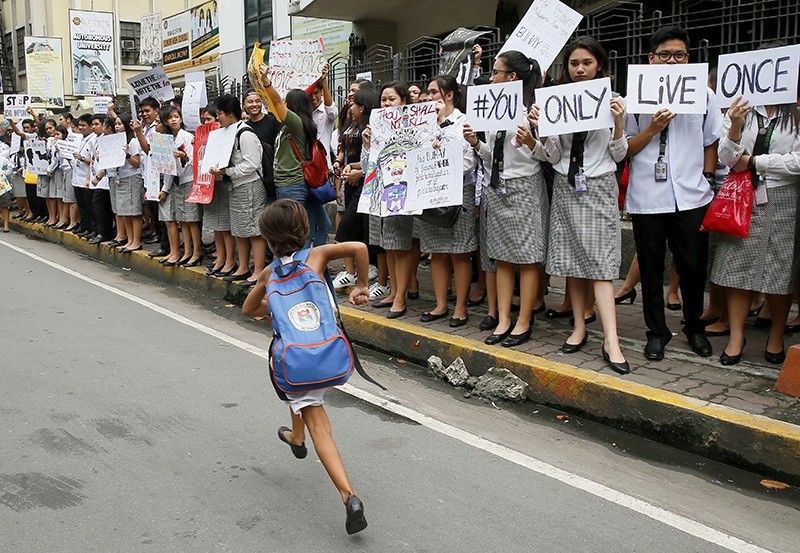 | AP file photo
by Oct 12, 2016 12:00 am
A Vietnamese teenager set herself on fire after attempting to burn down her school in an ill-fated social media dare, local media reported Wednesday.

In a video which has gone viral online, the 13-year-old girl can be seen pouring petrol in front of a door at her school in the southern province of Khanh Hoa.

With friends cheering her on, the girl inadvertently set herself on fire after lighting a match. She received slight burns to her legs, according to the Tuoi Tre newspaper.

The unnamed girl had promised to set the fire if she received 1,000 "likes" on her Facebook profile.

The dare is part of a recent social media fad known locally as "Vietnamese say, Vietnamese do," reported the VN Express news site.

Another gruesome video went viral last month of a man in Ho Chi Minh City apparently setting himself on fire and jumping off a bridge into a canal after receiving 40,000 Facebook "likes."

Neither his identity nor fate were ever confirmed.

"This is a case of crowd psychology, as the mob rushes to 'like' those Facebook posts just for fun, which in fact leads to stupid acts by the young people involved," Dr. Pham Thi Thuy, a social studies expert, told the Tuoi Tre newspaper.
Last Update: Oct 12, 2016 11:01 am
RELATED TOPICS