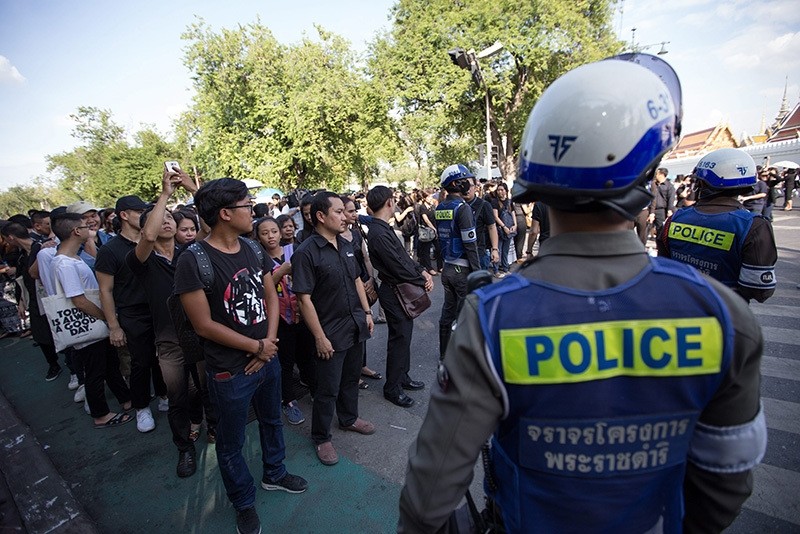 Thai Muslim organizations have denounced a series of recent "arbitrary arrests" by Bangkok police of youths from the country's insurgency-plagued south, after information emerged earlier this month of an alleged bomb plot, local media reported Sunday.

The president of the Patani Students' Federation, which represents young Thai Muslims of ethnic Malay culture, expressed their concern about "the context and the timing of the raids as is could pose human rights violations".

"In this fragile political situation, we are afraid that Bangkok will use us, the people of Pattani [province], as scapegoats and pawns in their political infighting game," Arfin Soh told the Bangkok Post.

"We urge the international community to pay attention to this issue," he stressed.

Since Monday when police warned of an alleged bomb plot planned for late October, 48 Thai Muslim students and youth from the south have been arrested at various locations in the capital, according to the Post.

Of them, 25 were later released without charges while the remainder were detained either in jail or in military facilities.

Four of them have been charged with possession of krathom leaves, a vegetal addictive substance banned in Thailand, the Prachatai news website reported Thursday.

Prachatai also quoted one of the released students as saying that police officers did not even know the names of the students they were arresting.

Pattani, Yala and Narathiwat are three southern provinces of Thailand where around 80 percent of the population consists of ethnic Malay Muslims.

An insurgency against the central state has been waged in the region for decades.

Raids were conducted in Bangkok this week after intelligence information emerged earlier this month of an alleged bomb plot said to be planned to mark the 12th anniversary of the massacre of dozens of Malay Muslims.

On Oct. 12, 2004, Thai military units opened fire on peaceful demonstrators, killing seven in in Tak Bail in Narathiwat. Hundreds of villagers were arrested and packed into trucks to be sent to a military camp in neighboring Pattani. In the crammed conditions, 78 more died from asphyxiation during the journey.

While arbitrary arrests of Malay Muslim suspects have been considered routine in the south since 2004, they seldom happened in the capital.

Hakim Japantikor, a southern Muslim human rights defender, told the Post on Sunday, "we have seen a pattern of arbitrary arrest often down south… We are now wondering if this will become a normal practice in the capital or not."