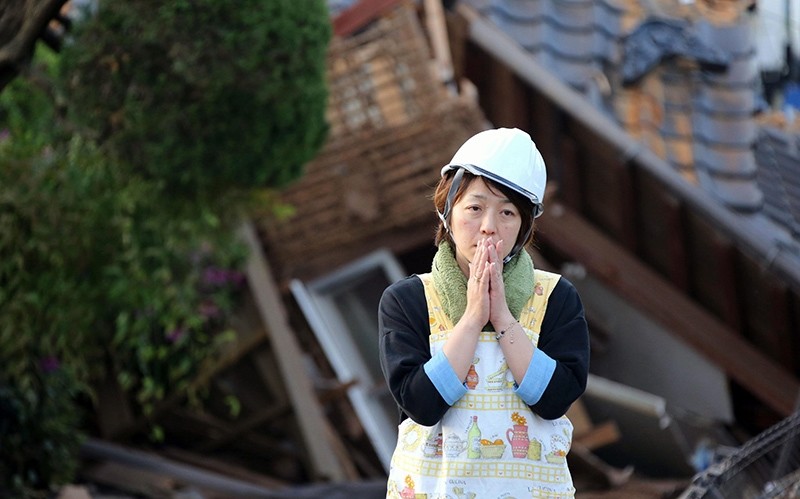 In this Saturday, April 16, 2016, file photo, a resident stands in front of damaged house in Mashiki, Kumamoto prefecture, Japan (AP Photo)
by Oct 21, 2016 12:00 am
A magnitude-6.6 earthquake struck a large area of western Japan on Friday, but no tsunami warnings were issued, authorities said.

There were no immediate reports of casualties or damage to property.

The quake prompted train services in the west of the country to be suspended, broadcaster NHK reported.