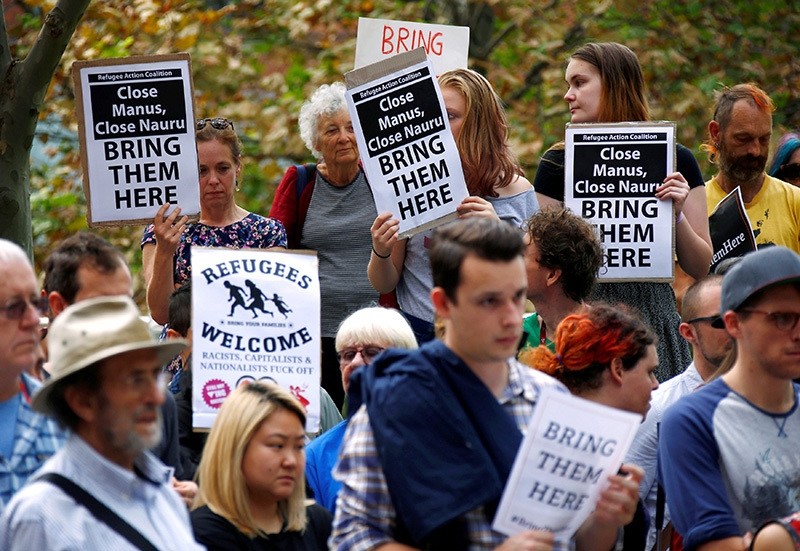 by Oct 22, 2016 12:00 am
Thousands of Australians took part on Saturday in rallies to welcome refugees and make a stand against rising far-right sentiment against foreigners.

More than 20,000 people, including prominent politicians, attended demonstrations in 25 cities and towns across the country, Mohammad Al-Khafaji, chief executive of Welcome to Australia, said.

"Events like this are incredibly important, especially when you celebrate and go out in the thousands to welcome refugees and people seeking asylum," Al-Khafaji told Reuters by telephone.

"They feel like they've been marginalised, been targeted by these far-right radical movements. They just don't want to participate anymore for fear of their lives," he said.

Outwardly easy-going Australia has a troubling record on ethnic diversity.

A White Australia Policy, which was only dismantled in the late 1960s, favored European migrants over non-whites. Aborigines were administered under flora and fauna laws until then and remain far behind most people in literacy, health and economic standards.

In recent months, race relations have deteriorated, with anti-immigration rhetoric from far-right groups and once fringe parties like Pauline Hanson's One Nation stoking divisiveness.

Fear of attacks by terrorists has also clouded the attitude of some people, though there have been no major such attacks in Australia.

The country's treatment of asylum seekers has been heavily criticised by rights groups over allegations of abuses of people in detention, including sexual assaults of women and children.

Under Australia's tough immigration policy, asylum seekers intercepted trying to reach the country by boat are sent for processing at camps in Nauru or to Manus Island in Papua New Guinea and are not eligible for resettlement in Australia.

Amnesty International said this week conditions on Nauru, where about 400 Australian-bound asylum seekers are held, "amount to torture".

Labor politician Jihad Dib, a member of the New South Wales state parliament, told a Sydney rally that Australia was stronger with multiculturalism.

"What we need to do is make sure every single person that wasn't here today is aware that our future is better when we walk together."