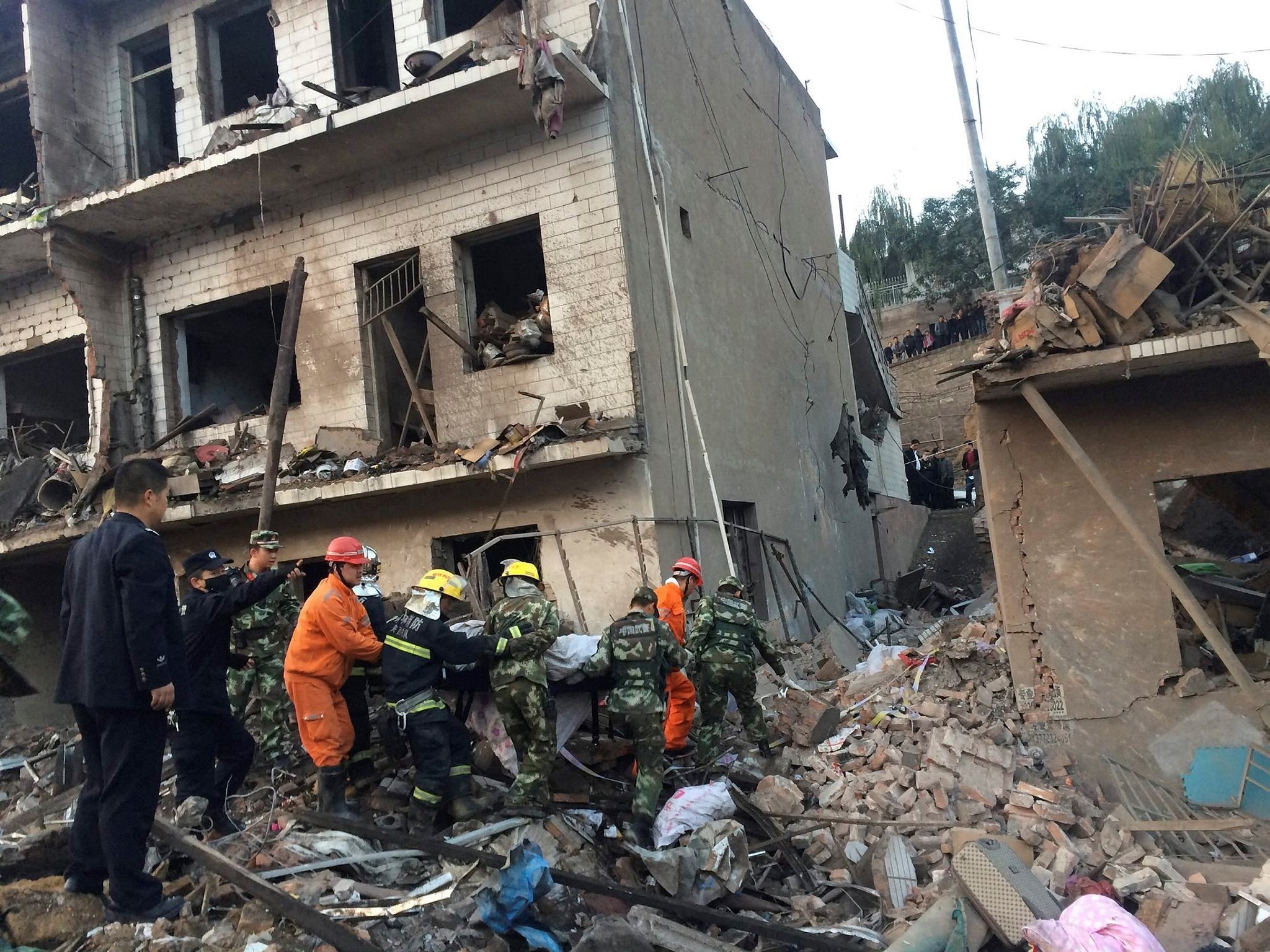 A powerful explosion ripped through a building in a northern Chinese city on Monday, killing 10 people and injuring more than 150.

Media reports said the blast in Yulin, which destroyed or damaged nearby buildings including a hospital, may have been caused by explosives illegally stored in the building.

The official Xinhua news agency said dozens of firefighters were sent to the scene in Shaanxi province, and rescuers were hunting for survivors who may be trapped in the rubble.

Pictures showed widespread damage, with windows blown out of buildings, dense grey smoke engulfing the streets and bloodied people, some lying on the ground.

Xinhua, citing local authorities, said 10 people had died and 157 were injured during the incident, adding that by 11:00 pm 113 people had been admitted to hospital.

Industrial accidents are common in China, where safely regulations are often flouted.