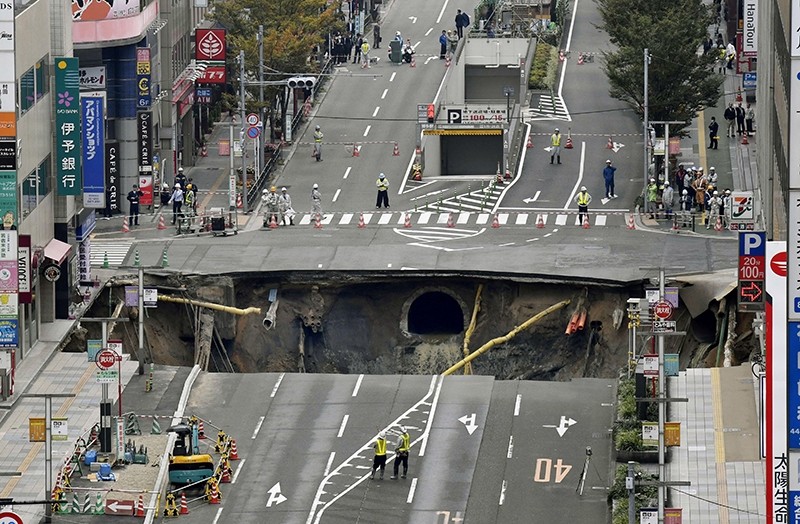 A giant sinkhole appeared in the middle of a busy Japanese city on Tuesday, swallowing part of a five-lane street near the main railway station.

The gaping hole, around 30 metres (98 feet) wide, exposed support columns of nearby buildings at a traffic intersection in the southern city of Fukuoka, prompting fears of further collapses.

TV footage showed two separate holes steadily expanding as they sucked in asphalt and soil in front of the city's Hakata Station, some time after 5am (2000 GMT Monday).

"It was a bit dark outside, and my first impression was, 'Is the road really falling?'" a young man who saw the sinkhole develop told public broadcaster NHK.

"When I saw it, two holes were already there, and they continued to grow bigger.

"I got scared the most when a traffic light fell at an intersection close to where I was standing. I felt, 'I have to get out of here,'" he told NHK. 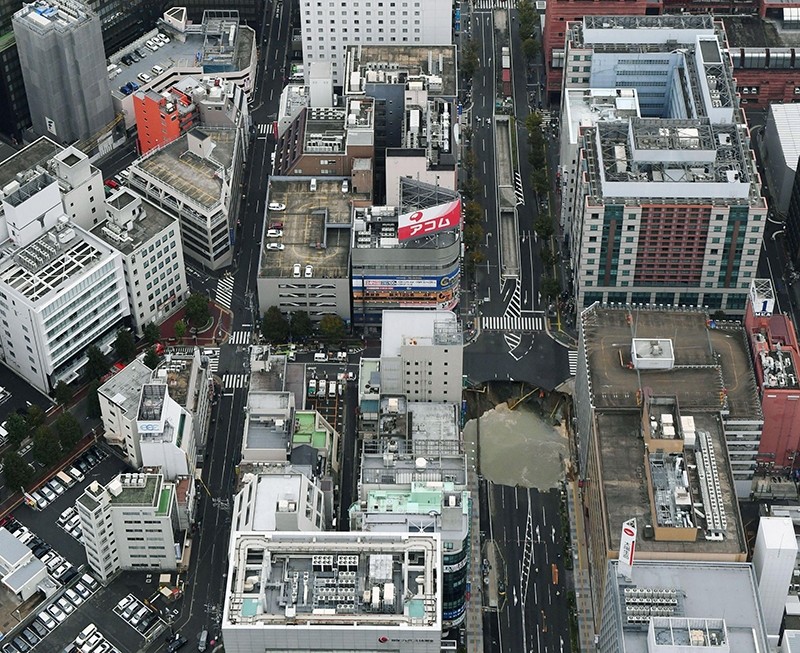 The hole continued to expand and by afternoon was around 15 metres deep, and filling with water from broken pipes.

Police, who had cordoned off the area and evacuated buildings, said there had been no reports of any injuries.

Fukuoka's mayor and transport bureau said the ongoing extension to a nearby subway line might have triggered the sinkhole.

Construction had to stop early morning when workers saw ground water washing into the site, shortly before the road began to cave in, according to local media.

"We believe the subway construction had some impact," he said.

"A thorough investigation will be carried out," he added.

Fukuoka is the biggest city on the southernmost main Japanese island of Kyushu.

Its railway station is a major intersection, including for the superfast bullet trains that criss-cross the country.