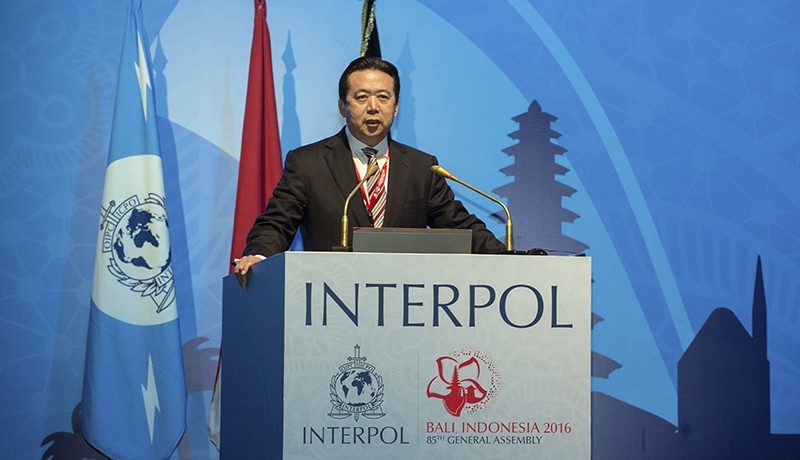 In this photo released by Xinhua News Agency, China's Vice Minister of Public Security Meng Hongwei delivers a campaign speech at the 85th session of the general assembly of the Interpol (AP Photo)
by Compiled from Wire Services Nov 10, 2016 12:00 am

The official announcement from the body, headquartered in the French city of Lyon, followed an earlier announcement on the issue in China

Vice Minister of Public Security Meng Hongwei was chosen as the new head of the global police organization at its annual general assembly on the Indonesian island of Bali, France-headquartered Interpol announced.

He is the first Chinese official to hold the post, China's official Xinhua news agency said, and takes over from Frenchwoman Mireille Ballestrazzi.

"We attach high importance to the role played by Interpol, and would like to shoulder more responsibility and contribute more in the field of law enforcement and security."

After taking power in 2012, Xi launched a massive anti-corruption drive that has led to the punishment of over a million officials, although it has raised questions about whether the president is a reformer or is carrying out a ruthless political purge.

Interpol is an intergovernmental organisation that acts as a network connecting the law enforcement agencies of its 190 member countries. It does not have agents of its own with powers of arrest.