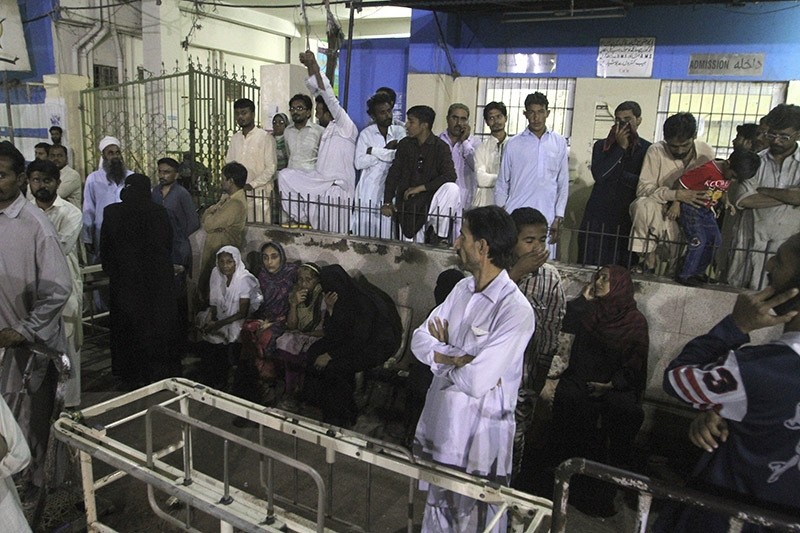 At least 52 people, including women and children, have been killed and 105 injured in a massive blast at a shrine in southwestern Pakistan on Saturday evening, police, and local media reported.

Daesh claimed responsibility for the attack.

The blast occurred at the shrine of Sufi saint Shah Noorani located in the remote Lasbela district of southwestern Balochistan province, which is visited annually by thousands from across Pakistan.

There was no immediate word on the nature of the blast. However, local media quoting intelligence sources claimed that the blast was the act of a suicide bomber who detonated his explosive vest in the middle of a gathering in the shrine's courtyard.

The blast initially killed at least 30 people and injured over 100, Hakeem Laasi, an official of Edhi Foundation, a humanitarian relief agency engaged in the rescue operation, told reporters. However, a Pakistani minister updated the death toll to 52 in the following hours.

Laasi said many injured succumbed to their wounds as they could not be shifted to the hospital in time due to the remoteness of the site.

Several people were killed and injured due to a stampede caused by the blast, he said, adding that scores of injured were shifted to the hospital in private vehicles by visitors who survived the attack.

Many bodies, and injured, he said, were still lying at the site due to a lack of ambulances.

Mushtaq Ahmed, a local journalist told Anadolu Agency by telephone that the death toll may rise to over 500 people.

Rescue teams were facing difficulties in their operations due to darkness, and the mountainous nature of the site. Visitors generally have to walk and climb a hill to reach the shrine.