US to increase military presence in Asia-Pacific region to counter Chinese, Russian influences 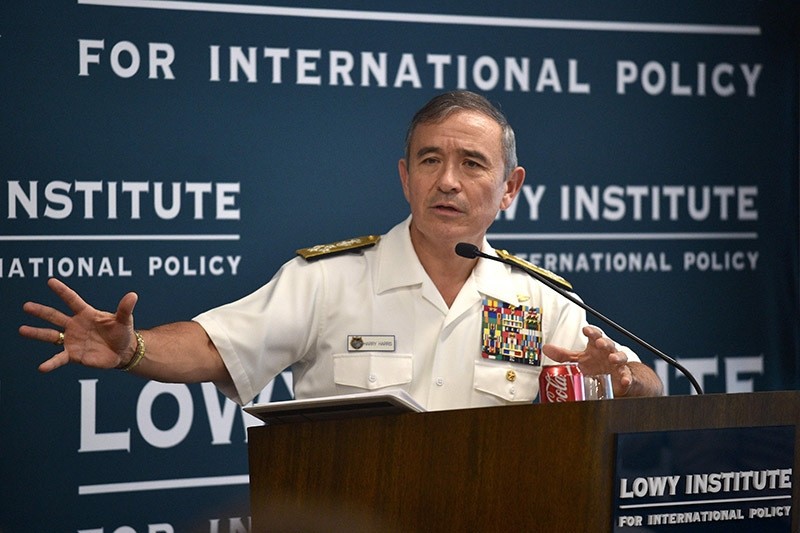 The United States will increase its military presence in Australia in 2017 as part of an agreement signed on Wednesday, in what the U.S. military said was an effort to deter aggression in the region, said U.S. Pacific Command Admiral Harry Harrison Wednesday in Sydney, Australia.

Admiral Harris stated that the U.S. would fly its most advanced fighter warplanes, which will most likely include the F-22 Raptor, out of Australia next year to send a strong signal about its presence in the Indo-Asian-Pacific region, while also noting that the U.S. would remain a major player in the region regardless of who was president.

He also added that Washington would not accept Chinese control of the region, despite Beijing's rapid development of artificial islands which are capable of hosting military planes.

According to him, the U.S. and Australia face "significant challenges" posed by a "revanchist Russia and an increasingly assertive China" as well as North Korea and different terrorist groups.

The U.S. already rotated detachments of the U.S. marines in and out of a military base in Darwin for training amid rising tensions in the South China Sea.

A U.N.-backed tribunal ruled in July in a case brought by the Philippines that any extensive claims to the sea had no legal basis, and that China's construction of artificial islands in disputed waters was illegal.

Australia's FM Julie Bishop said last month that Canberra and Jakarta were considering joint patrols in the disputed region. The Australian navy has already conducted joint exercises in the South China Sea with India and the U.S.