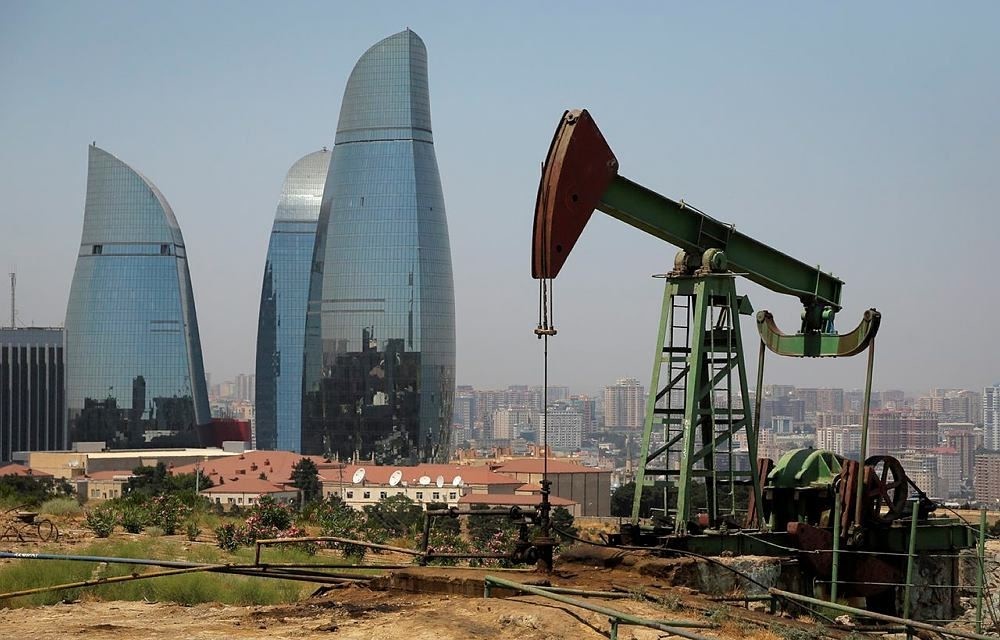 |File Photo (AP)
by Dec 15, 2016 12:00 am
Azerbaijani oil officials say one worker has been killed and nine others are missing after part of their offshore oil installation broke off in strong winds.

The state oil company, known as SOCAR, reported that a 150-meter (490-foot) section of walkway fell into the Caspian Sea amid 90 mph (145 kph) winds and 10 workers were swept away Thursday.

President Ilham Aliyev's office said in a statement that "the body of one of the missing has been found. Search and rescue operations are continuing."

The company said five victims had been working on the installation and another five were in a cabin dislodged by the high winds.

Senior oil official Balmirza Agarahimov said 10 boats were in the area carrying out the search, which would continue for a long time despite stormy, snowy conditions.

He added that the structure that was destroyed by the winds had been built in 1978 and had last undergone repairs in August.

The event comes one year after the worst disaster in the history of Azerbaijan's oil industry, when a fire and lifeboat sinking on the Güneşli oil platform left 30 workers either confirmed dead or lost without trace.