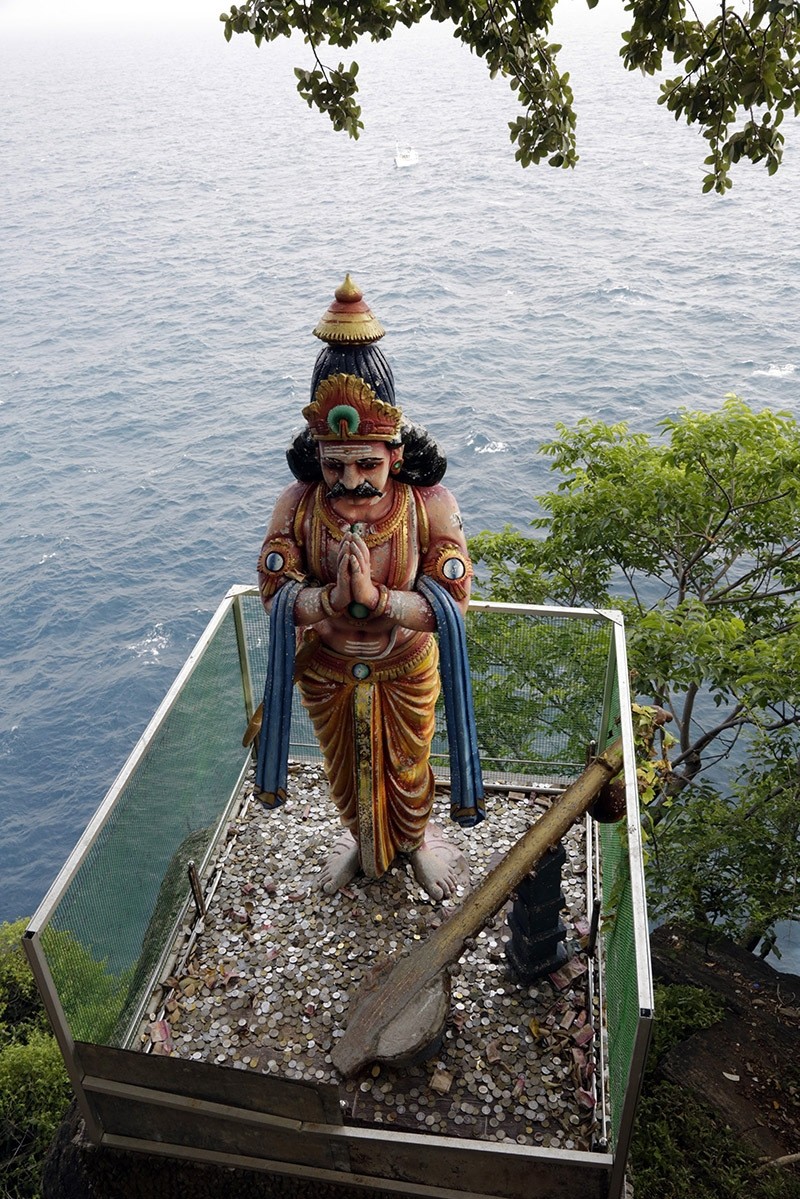 An image of a Hindu deity on the edge of the rocky cliff overlooking the Thiru Koneswaram Hindu temple. (EPA Photo)
by French Press Agency - AFP
Dec 24, 2016 12:00 am

Indian Prime Minister Narendra Modi Saturday laid the foundation stone for what is set to be the world's tallest statue, as its projected multi-million-dollar cost sparked criticism and an online petition against the project.

The statue of Chhatrapati Shivaji, a 17th-century Hindu ruler who fought the Muslim Mughal dynasty and carved out his own kingdom, will be more than twice the size of the Statue of Liberty and five times higher than Christ the Redeemer in Rio de Janeiro.

The structure, a pet project of Hindu nationalist Modi, will rise 192 metres (630 feet) from an island off the western coast of Mumbai in the Arabian Sea.

When finished, it will tower over the 128-metre Spring Temple Buddha in China's Henan province that is currently the world's tallest statue.

"Even in the midst of struggle, Shivaji Maharaj remained a torchbearer of good governance," Modi said at the inaugural event.

"So many aspects of his personality inspire us."

The government of Maharashtra state, of which Mumbai is the capital, is expected to spend some 36 billion rupees ($530 million) on the statue, which is scheduled for completion by 2019.

But the project has drawn brickbats from many people who instead want the government to devote its resources to infrastructure, education and development.

By Saturday evening, more than 27,000 people had signed an online petition on Change.org urging the government to drop the plans.

"Apart from a waste of money, this statue is going to be terrible for the environment; for the traffic situation in South Bombay and a security nightmare," said the petition.

Shivaji is revered by many in Maharashtra. Mumbai's main train station and airport are named after the ruler, who is also one of the symbols of a Hindu cultural revival promoted by Modi.

The plans for the latest memorial follow an earlier initiative by Modi to build a 182-metre tall tribute to Indian independence hero Sardar Vallabbhai Patel in his home state of Gujarat, at an estimated cost of 25 billion rupees ($368 million). Construction on that statue began in 2014.