From Syria to Myanmar, many people continue to suffer from violence 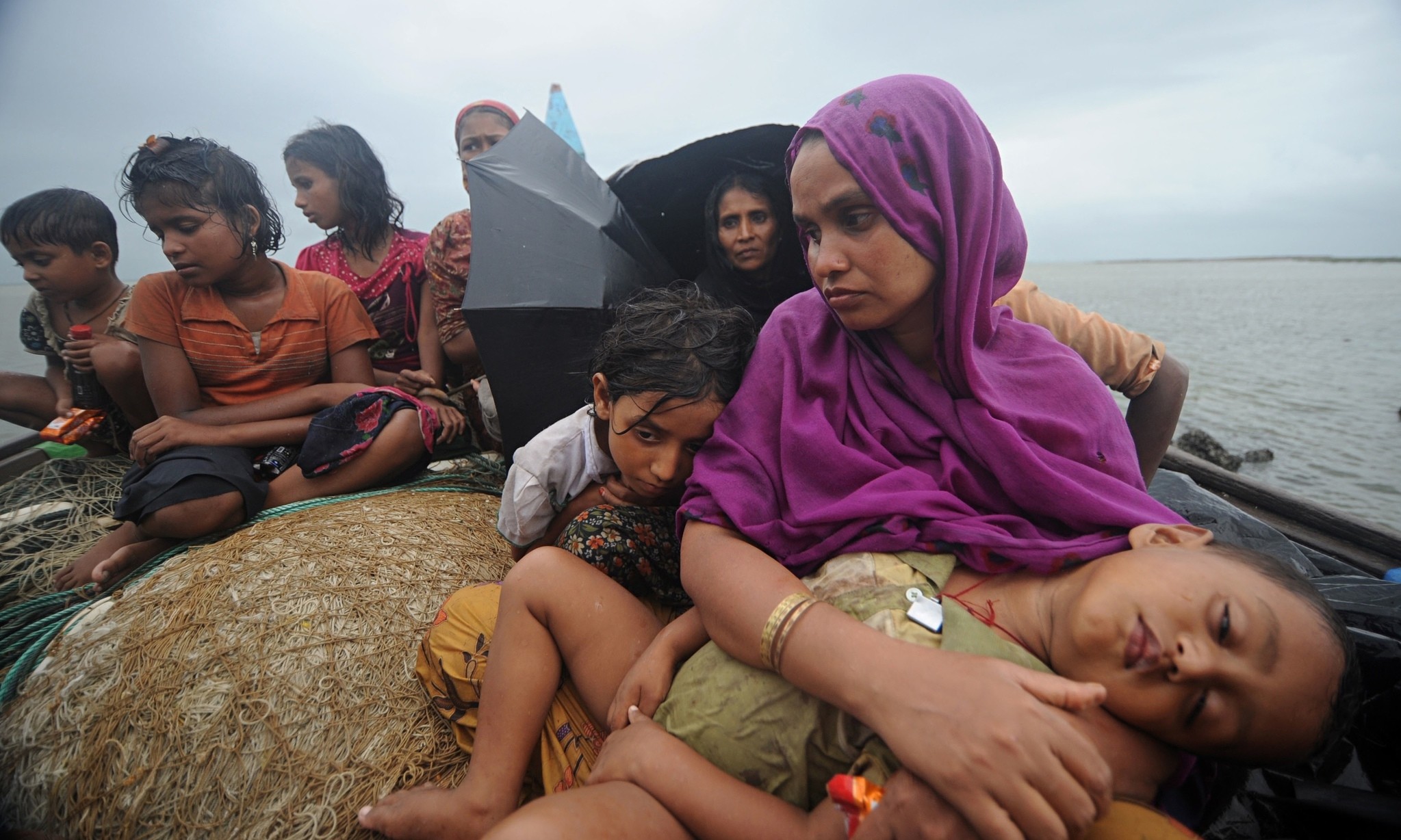 Rohingya Muslim women and children sit in a boat after they were intercepted by the Bangladesh Border Guard (BGB) members in Teknaf, Bangladesh.
by Compiled from Wire Services Jan 02, 2017 12:00 am
From the siege of Aleppo in Syria to the frightening percentages of children at risk in Yemen, many people faces hard living conditions in war-torn places all around the world.

In Syria's Aleppo, at least 15,000 children are among the more than 300,000 people who have been killed in the Syrian war over the past five years, according to aid groups. The seven-year-old Syrian girl whose Twitter account provided a tragic window for the world into the destruction of her hometown Aleppo.

Bana Alabed was one of thousands of people evacuated from once opposition-held areas of Aleppo in the last days under a deal brokered by Turkey and Russia. For her 330,000 online followers, Bana became a symbol of the tragedy in Syria, as she and her mother sent poignant tweets on the destruction of their city and the struggles of daily life. Assad's regime has slammed her and her mother's messages as propaganda, and pro-government critics even alleged the account was fake.

In Yemen, at least one child dies every 10 minutes because of malnutrition and preventable diseases, the U.N. children's fund UNICEF said yesterday. Nearly 2.2 million Yemeni children are acutely malnourished, victims of the near-collapse of the health care system during two years of escalating conflict, the report said.

At least 462,000 are suffering from severe acute malnutrition, as food supplies have been disrupted by the devastating war between the Saudi-backed government and Iran-backed Shiite rebels, the agency said.

Yemen, the poorest country in the Middle East, hit by political instability and intermittent violence, is now facing a major humanitarian crisis. The humanitarian situation has become worse than ever with the long absence of political authority in the country; The Houthi rebels have consolidated their grip on power, anti-coup protests have escalated and the country is being dragged into a perpetual state of turmoil. The incumbent government – which has lost de-facto control - has not been able to deliver humanitarian needs to the people. Yemen has the third highest malnutrition rate in the world, as over 10 million Yemenis are experiencing food shortages. As the political conditions in the country have steadily worsened, the food security situation has severely deteriorated. Yemeni children have become the most vulnerable due to continuing violence in the country. Amid political turmoil, Yemen is also suffering from a growing refugee crisis, as it hosts over one million refugees and migrants mostly from the conflict-hit areas in Eritrea and Somalia. Deepening insecurity and violence have contributed to the internal displacement of many Yemenis.

The Rohingyas are a Muslim ethnic group living mainly in Myanmar. Rohingyas are thought to be descended from Muslim traders who settled there more than 1,000 years ago. As of 2016, approximately 1.3 million Rohingyas live in Myanmar, and about 300,000 to 500,000 live in Bangladesh.

Reports of rapes and killings of the Rohingya minority in Myanmar has increased, although the government was insultingly dismissing the claims and making the situation worse, the U.N. human rights office said.

Security has deteriorated sharply in Myanmar's northwestern Rakhine State, home to many Rohingyas, since attacks on security posts near the border with Bangladesh on Oct. 9 in which nine police officers were killed.

The government of predominantly Buddhist Myanmar has blamed militants overseas for the attacks and poured troops into the region. Rights groups and residents say widespread abuses have occurred during the Myanmar military operation over the weeks since then.

Myanmar has denied the accusations, saying many of the reports of abuses are fabricated, and it insists the strife in Rakhine State is an internal matter. While Bangladesh says 50,000 people have fled there since October, the United Nations says the number is 34,000.

The violence in Rakhine State has become the biggest challenge facing Aung San Suu Kyi's government and has sparked international criticism that the Nobel Peace Prize winner has done too little to help the Muslim minority.
RELATED TOPICS