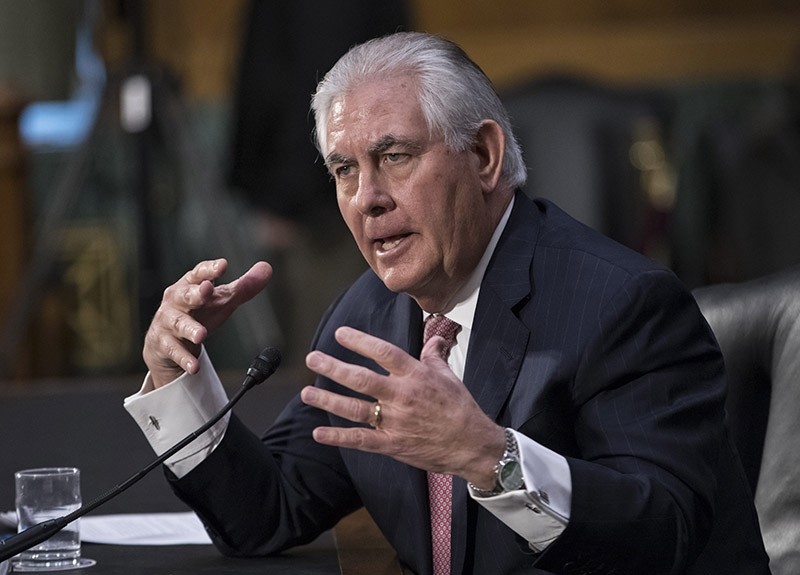 The comments came after the former ExxonMobil CEO told US senators that he would seek to deny Beijing access to the artificial islands they have been building in the South China Sea.

China's actions in the region are comparable to Russia's invasion of Crimea, he said, a comment that did not sit well with the nuclear-armed Asian giant.

If Tillerson acted on his threats, Chinese state-owned China Daily warned "it would set a course for devastating confrontation between China and the US."

Satellite photos show China has been hard at work building military facilities in the contested waters, which are also claimed by the Philippines and Vietnam, among others.

Under US President Barack Obama, Washington has claimed Beijing's activities in the region threaten freedom of navigation and overflight through the commercially and strategically vital waters.

But is has not taken a position on the ownership of the islets, reefs and shoals that sit in one of the world's hotspots.

Tillerson, however, explicitly said that the territories "are not rightfully China's."

"Unless Washington plans to wage a large scale war in the South China Sea, any other approaches to prevent Chinese access to the islands will be foolish," the nationalistic Global Times wrote in an editorial.

The paper, which is thought to have some insight into the thinking of more hawkish members of Chinese Communist Party, added that Tillerson better "bone up on nuclear power strategies if he wants to force a big nuclear power to withdraw from its own territories."

It has previously called on Beijing to increase its nuclear arsenal after Donald Trump threatened to upend decades of US policy on Taiwan by suggesting he could recognise the island, which China regards as an indisputable part of its sovereign territory. 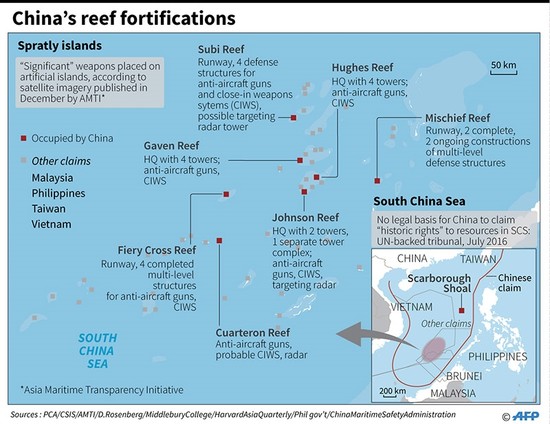 China's official reaction to the comments was muted, with foreign ministry spokesman Lu Kang politely urging Washington to mind its own business.

"The South China Sea situation has cooled down and we hope non-regional countries can respect the consensus that it is in the fundamental interest of the whole world," he said.

Both papers, despite their warnings, agreed that it was too early to tell if Tillerson's words were more bark than bite.

"It remains to be seen to what extent his views against China will translate into US foreign policies," the China Daily said.

But, the Global Times warned, that does not mean that the Trump administration should think Beijing has not heard his team's outspoken anti-China rhetoric.

The president-elect has filled his team with hardliners like Peter Navarro, the author of "Death by China", and has threatened to declare Beijing a currency manipulator and slap it with 45 percent tariffs.

China is letting those comments slide for now, the Global Times wrote, but "if Trump's diplomatic team shapes future Sino-US ties as it is doing now, the two sides had better prepare for a military clash."