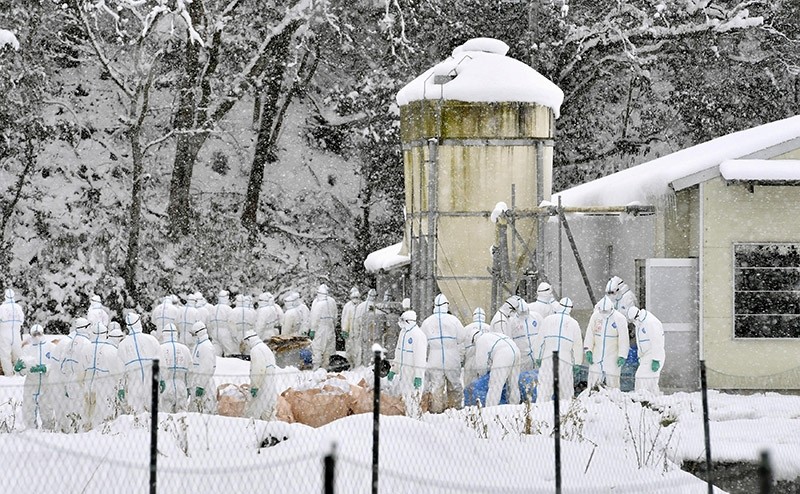 Officials in protective gears cull chickens in the snow at a poultry farm after a highly virulent strain of bird flu was detected in Yamagata in Gifu Prefecture, central Japan. Jan. 15, 2017. (Reuters Photo)
by German Press Agency - DPA Jan 16, 2017 12:00 am
About 80,000 chickens have been culled at a poultry farm in central Japan after an outbreak of bird flu, Japanese authorities said Monday.

Troops were called in to help with the cull at the farm in Yamagata late Saturday after a highly virulent strain of bird flu was detected, the Gifu prefectural government said.

The outbreak prompted the local government to restrict movements of poultry and eggs within a 10-kilometre radius of the farm.

The farm alerted the prefectural government after more than 100 chickens were found dead early Saturday.

Since late November, cases of the highly pathogenic H5 virus have also been found at poultry farms in Niigata, Aomori, Miyazaki prefectures as well as the northernmost island of Hokkaido.
Last Update: Jan 16, 2017 10:11 am
RELATED TOPICS