China has over 700 million internet users 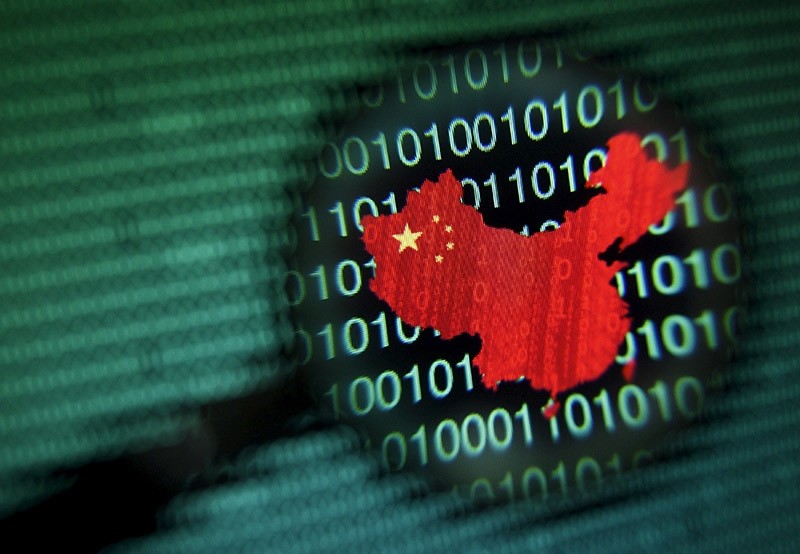 A logo shaped in the outline of China, is seen through a magnifying glass on a computer screen showing binary digits in Singapore. (Reuters File Photo)
by French Press Agency - AFP Jan 23, 2017 12:00 am

The number of internet users in China - already the world's highest - reached 731 million in December, authorities said, as e-commerce drives consumer demand across the Asian giant.

Total internet users rose 6.2 percent from the end of December 2015 and equals the entire population of Europe, the government-linked China Internet Network Information Center (CNNIC) said in a statement Sunday on its website.

E-commerce is a vital part of the government's efforts to turn China into a consumer demand-driven economy, although Beijing also imposes strict controls on online content, barring citizens from accessing major websites including Facebook and Google.

The government is pushing a so-called "internet plus" project that aims to expand the role of online technology in the economy.

The number of people who go online through cellphones has reached 695 million, or 95.1 percent, as computers lose their appeal, according to the CNNIC.

Online consumption has become an increasingly important part of the economy, the statement said, adding that its contribution to GDP growth is gradually increasing.

As of December 12, the number of people in China who used online payments had reached 475 million, up 14.0 percent year on year, according to the CNNIC.

In one example of the growing power of China's online shoppers, consumers spent $17.8 billion in e-commerce giant Alibaba's biggest online shopping promotion on November 11 last year, more than twice the five-day desktop sales from Thanksgiving through Cyber Monday in the US last year.