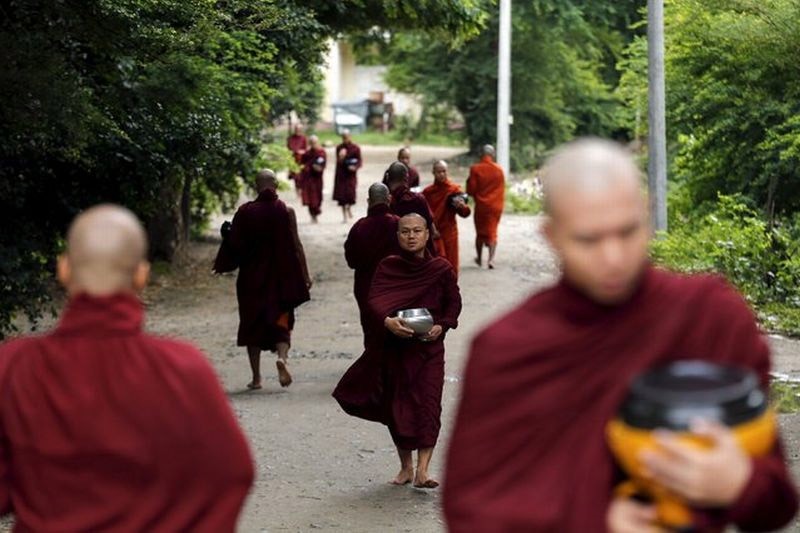 Three suspects, including two Buddhist monks have been arrested after police seized millions of methamphetamine pills from a monastery in western Rakhine state, a regional government official said Tuesday.

Police officer Maung Maung Yin said the monk was stopped Sunday as he drove in northern Rakhine state, which borders Bangladesh. Authorities had been tipped off that the monk was carrying an illegal haul.

Arsara, an abbot at the Shwe Baho monastery, and his fellow monk Pyinnyar Nanda were detained along with a driver after police found about 40,000 drug pills hidden inside a vehicle in Maungdaw area of Rakhine state late Sunday, according to Tin Maung Swe, spokesman of Rakhine regional government.

"The monks were in the car when police found the drug pills," the official told Anadolu Agency.

Yin said an anti-drug task task force found 400,000 pills in the monk's car. A subsequent search of his monastery turned up 4.2 million pills along with a grenade and ammunition.

Police were still questioning him Tuesday.

According to the online magazine Irrawaddy, Arsara was well-known among the Buddhist community in Maungdaw area. He was reportedly a former leading monk in a major monastery in Maungdaw town, but later moved on to the village, it said citing a resident.

Maungdaw area in Myanmar's western border with Bangladesh has reportedly become a major center of drug dealing in Rakhine state over the last few years.