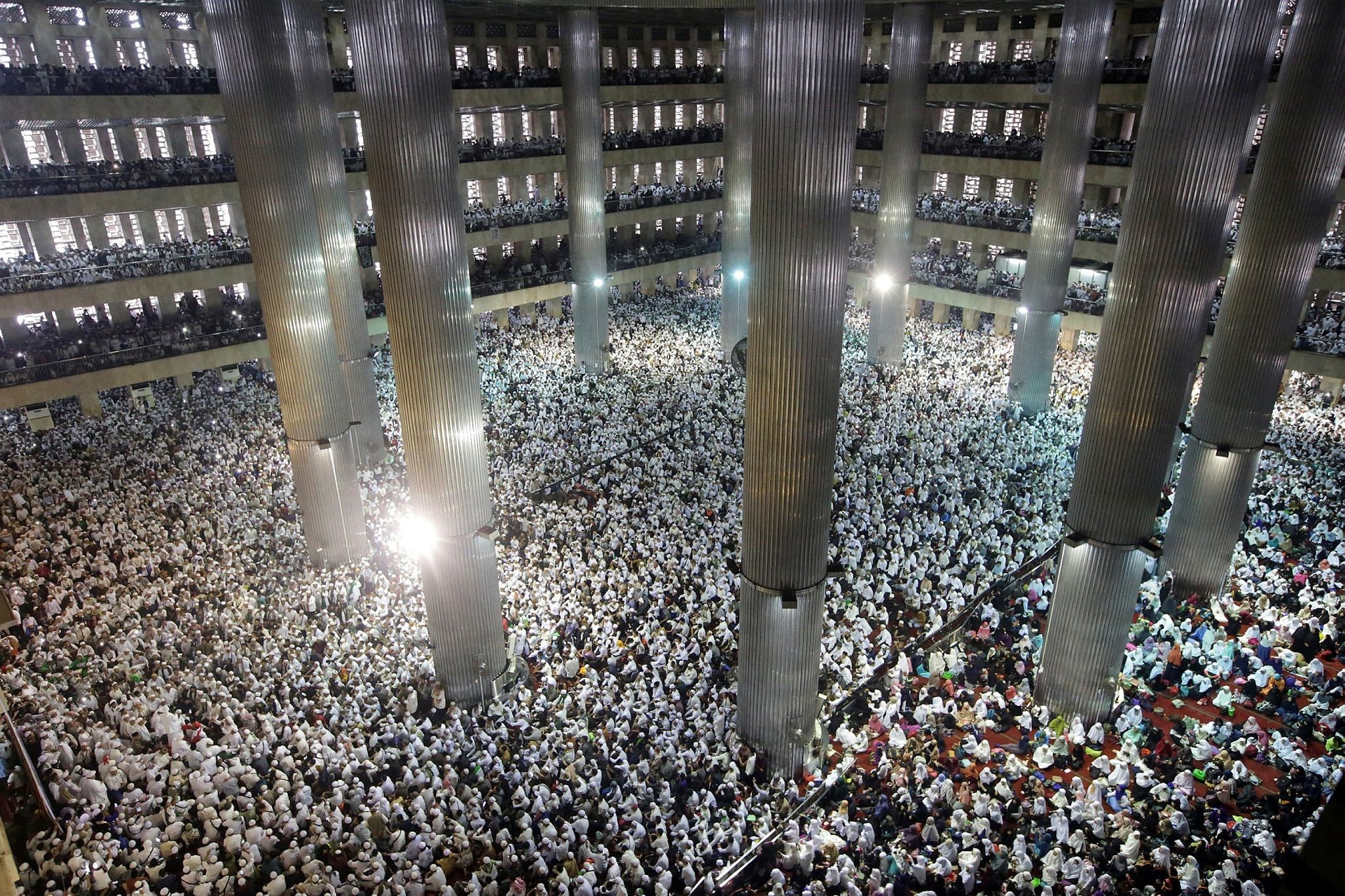 Tens of thousands of Indonesians gathered at the national mosque in the capital on Saturday for mass prayers urging people to vote for a Muslim governor of the city as the country prepares for regional elections next week.

The crowds overflowed from Istiqlal Mosque in the heart of Jakarta into the surrounding streets. Clerics gave sermons calling on people to protect Islam and vote for Muslim candidates.

Police denied hard-line groups permission to march through the city. Jakarta police spokesman Argo Yuwono estimated the crowd at 60,000 to 70,000 people in the morning.

Protests against the minority Christian governor of Jakarta drew hundreds of thousands of people to the city's streets in November and December and shook the government of President Joko "Jokowi" Widodo.

Gov. Basuki "Ahok" Tjahaja Purnama is on trial for alleged blasphemy but remains a leading candidate in elections for Jakarta governor set for Wednesday. His two main rivals are both Muslims and include the son of former President Susilo Bambang Yudhyono.

If none of the contenders gets more than 50 percent of votes, a runoff election between the top-polling candidates would be held in April.

Indonesia is the world's most populous Muslim nation but recognizes several faiths and has a large Christian minority.

Ahok is popular for trying to eliminate corruption from the city administration and improve quality of life in the chaotic capital, which is the center of a greater metropolitan area of some 30 million people.

But the anti-corruption drive as well as evictions of slum neighborhoods have earned him enemies. Rivals have sought to tap into rising religiosity to swing Muslim voters against him.