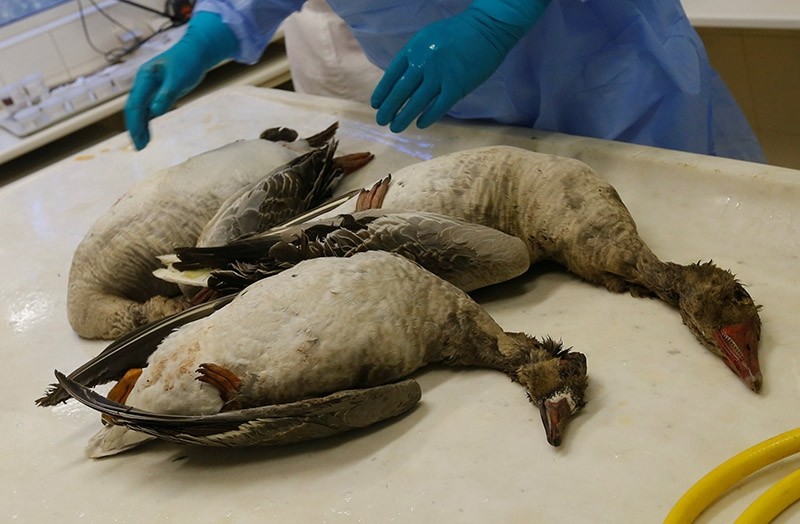 A laboratory worker carries out an autopsy on dead wild geese, looking for evidence of the bird flu virus. Jan. 2017. (Reuters File Photo)
by Associated Press Feb 13, 2017 12:00 am

Several Chinese cities are shutting down their poultry markets in the wake of a bird flu outbreak that has killed at least two dozen people this year across China.

The official Xinhua News Agency reported Sunday that live poultry sales have been suspended in Changsha, the capital of central China's Hunan province, as well as markets across the eastern province of Zhejiang.

Xinhua reported that 21 people in Jiangsu province died in January after contracting H7N9. Hunan authorities have reported at least five deaths this year, and an infant girl has died in southwestern Yunnan province.