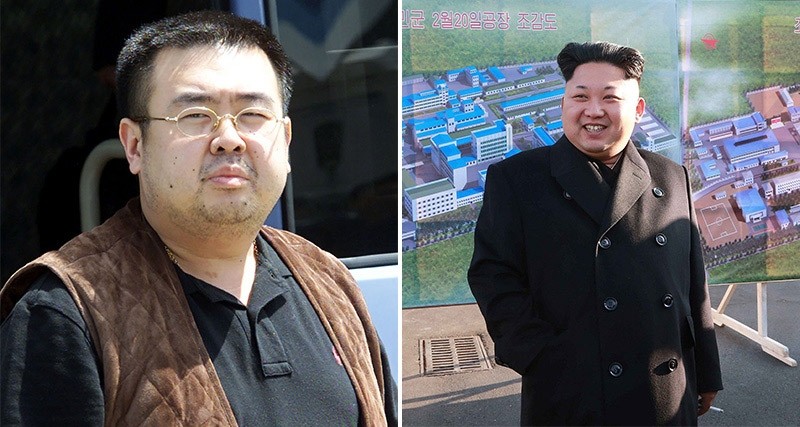 The agency quoted a Seoul government source as saying Kim Jong-Nam was killed on Monday. The source gave no further details.

Officials in Seoul were not immediately available for comment.

The 45-year-old was poisoned by two unidentified female agents using poisoned needles at an airport in Kuala Lumpur, according to South Korean broadcaster TV Chosun.

The report, citing what it called multiple government sources, said the two women hailed a cab and fled immediately afterwards.

In Malaysia, the police chief in charge of Kuala Lumpur International Airport, Assistant Commissioner Abdul Aziz Ali, told AFP a Korean in his forties was found sick at the airport on Monday.

Airport authorities rushed him to the hospital and he died on the way, the police chief said.

"We do not have any other details of this Korean man. We do not know his identity," Abdul said.

Kim Jong-Nam was once considered heir apparent but fell out of favour with his father Kim Jong-Il following a botched attempt in 2001 to enter Japan on a forged passport and visit Disneyland.

He has since lived in virtual exile, mainly in the Chinese territory of Macau.

Kim Jong-Un took over as North Korean leader when his father died in December 2011.

Kim Jong-Nam, known as an advocate of reform in the North, once told a Japanese newspaper that he opposed his country's dynastic power transfers.

If confirmed, Kim's case would be the highest-profile death under the Kim Jong-Un regime since the execution of the leader's uncle Jang Song-Thaek in December 2013.