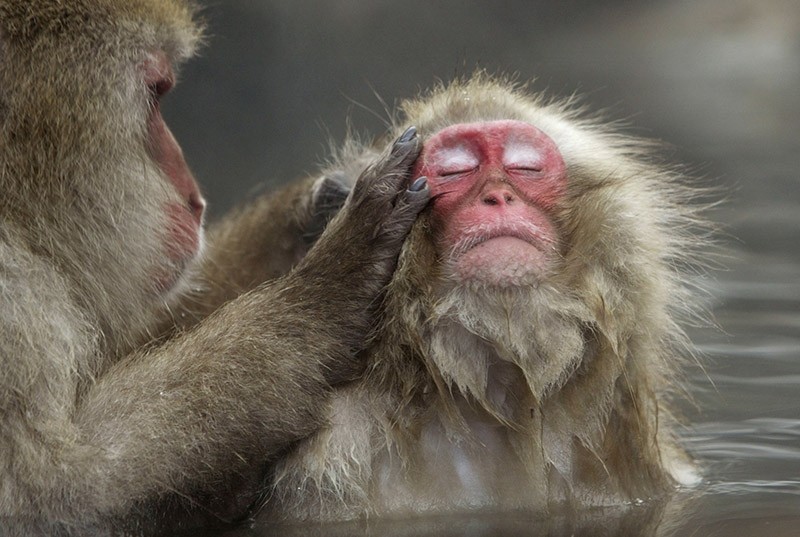 A Japanese zoo has culled 57 native snow monkeys by lethal injection after finding that they carried genes of an "invasive alien species", officials said Tuesday.

The Takagoyama Nature Zoo in the city of Futtsu in Chiba prefecture east of Tokyo, housed 164 simians which it believed were all pure Japanese macaques.

But the operator and local officials discovered about one-third were crossbred with the rhesus macaque, which in Japan is designated an "invasive alien species".

A city official told on Tuesday that Japanese law bans the possession and transport of invasive species, including the crossbreeds, and that culling of them is allowed under the law.

He said the monkeys were put to death by lethal injection over about one month ending early February.

The zoo operator held a memorial service for the monkeys at a nearby Buddhist temple to appease their souls, he added.

Snow monkey-rhesus macaque crossbreeds were designated for culling when Japan's environment law was revised in 2013.

"They have to be killed to protect the indigenous environment," an official with the Chiba prefectural government said.

But Japan's Environment Ministry said exceptions can be made, such as cases in which zoos apply for permission to keep them.

"There are many zoos in the country, which rear animals that became classified as invasive species after the law was created," a ministry official said.

Though the killing of the monkeys may appear cruel, environmentalists said it is crucial not to allow any contacts between foreign and native species lest the natural balance be upset.

Junkichi Mima, spokesman for conservation group WWF Japan, said invasive species cause problems "because they get mixed in with indigenous animals and threaten the natural environment and ecosystem".

The snow monkey, known in Japan as Nihonzaru (Japanese macaque), is brown in colour with a red face, and the mountainous area near the zoo is designated as a wild habitat for them.

The zoo started feeding wild snow monkeys in 1957 and held dozens in a rough fence, the city official said.

But in the 1990s, the rhesus macaque, which originates in China and Southeast Asia, started to increase in the area. Chiba prefecture said that since 2005 it has culled wild ones in a bid to stamp them out.

The Takagoyama zoo conducted DNA testing on its snow monkeys and discovered the mixture.