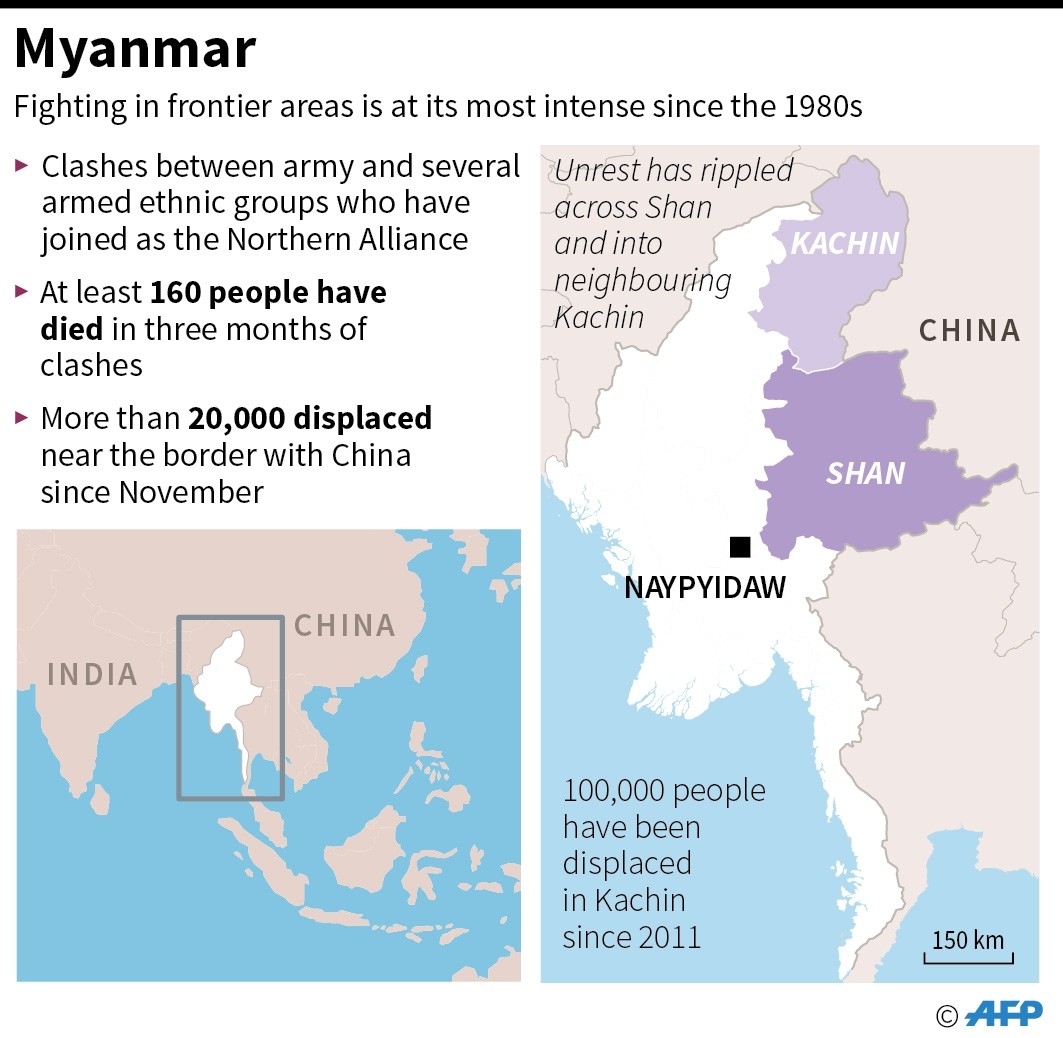 At least 30 people were killed Monday in a day of intense fighting in a town on Myanmar's border with China, authorities said, after rebels dressed in police uniforms launched a surprise raid.

Artillery and small arms fire continued throughout the day in Laukkai, a main town in the Kokang region of the northeastern state of Shan.

The clashes are some of the worst to break out in the Chinese-speaking Kokang region since fighting in 2015 left scores dead and forced tens of thousands to flee across the border into China.

Myanmar is already torn by various ethnic insurgencies. But the Kokang conflict has raised tensions with its giant neighbor.

A separate group of fighters later attacked locations in the main town. 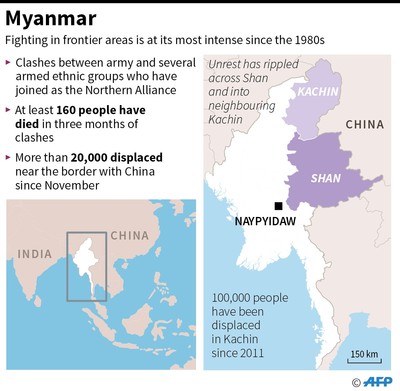 "According to initial information, many innocent civilians including a primary school teacher... were killed because of attacks by the MNDAA armed group," the State Counsellor's Office said in a statement, adding some attackers wore local police uniforms.

The statement, accompanied by grisly pictures of the dead and wounded, said at least five civilians and five local police were killed in the fighting.

It added that a further 20 "burned bodies" had been found alongside weapons.

Unverified video shared on social media appeared to show parts of the town still ablaze on Monday afternoon while civilians scurried to safety amid the rattle of small arms fire.

"Residents in town are fleeing. We do not know exact figures yet," the officer said.

The Northern Alliance, an umbrella group of rebels including the MNDAA which has yet to join national peace talks, confirmed its members were fighting in Laukkai.

But in a Facebook post it said they carried out the attack "to resist an enemy offensive in self-defense" and cited Myanmar military operations since December.

The latest fighting raises the spectre of a fresh refugee exodus into China.

In early 2015 tens of thousands fled there when dozens of civilians, rebels and army troops died in months of fighting across the remote and mountainous region.

China said Myanmar warplanes dropped bombs on its side of the border during that bout of fighting.

Kokang has strong bonds with China -- local people speak a Chinese dialect and China's yuan is the common currency.

Skirmishes with the Northern Alliance have intensified across Shan state since late last year, claiming more than 160 lives across an arc of land in the long border region.
Last Update: Mar 06, 2017 4:30 pm
RELATED TOPICS