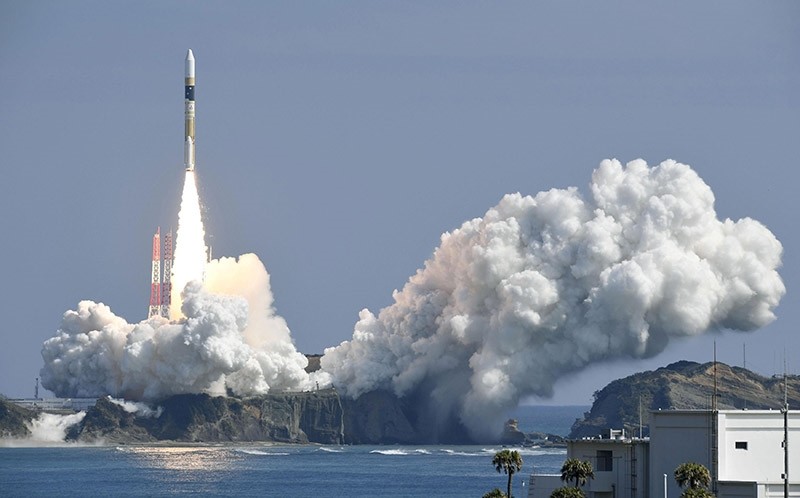 A H-IIA rocket, carrying a government's information gathering radar satellite, lifts off from the launching pad at Tanegashima Space Center, Japan, in this photo taken by Kyodo March 17, 2017. (Reuters Photo)
by Mar 17, 2017 12:00 am

The satellite separated from the rocket about 20 minutes later, the report said.

The Japan Aerospace Exploration Agency and Mitsubishi Heavy Industries Ltd, the country's largest defense contractor, were forced to put off the launch on Wednesday due to bad weather.

The spy satellite program was developed and introduced after a missile launched from North Korea in 1998 flew over Japan's mainland, spooking Tokyo.