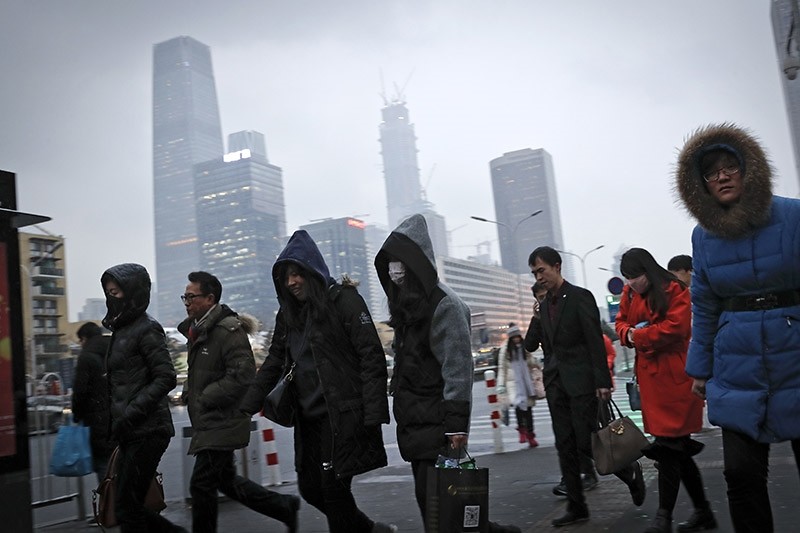 The last large coal-fired power plant in Beijing has suspended operations, with the city's electricity now generated by natural gas, the state news agency reported as smog enveloped the Chinese capital this weekend.

The shuttering of the Huangneng Beijing Thermal Power Plant comes on the heels of China's annual legislative sessions, where Premier Li Keqiang promised to "make our skies blue again" in his state-of-the-nation speech.

According to Xinhua, Beijing has become the country's first city to have all its power plants fueled by natural gas, an objective laid out in 2013 in the capital's five-year clean air action plan.

The Huangneng plant is the fourth to be closed and replaced by gas thermal power centers between 2013 and 2017, cutting nearly 10 million tons in coal emissions annually.

Xinhua reported the move the night before municipal authorities issued a blue alert for heavy air pollution on Sunday.

Smog has cloaked the capital for several days and is expected to continue through the week.

The pollution often vanishes during prominent events like the legislative sessions and the 2008 Summer Olympics as authorities order factories to halt activity and force cars off the road.

During the 2014 gathering of the Asia-Pacific Economic Cooperation in Beijing, this clear air phenomenon was dubbed "APEC blue."

During the one-week-and-a-half period of the NPC, average PM2.5 levels hovered between 50 and 80, despite exceeding 200 micrograms per cubic meter just one day before the opening of the parliamentary sessions on March 5.

In response to a reporter's question about this disparity at his annual press conference last Wednesday, Li repeated his pledge to target coal-burning and vehicle emissions.

"We may not be able to control the weather, but we can adjust our behavior and our way of development," he said.

"Blue skies should no longer be a luxury, nor will they be."