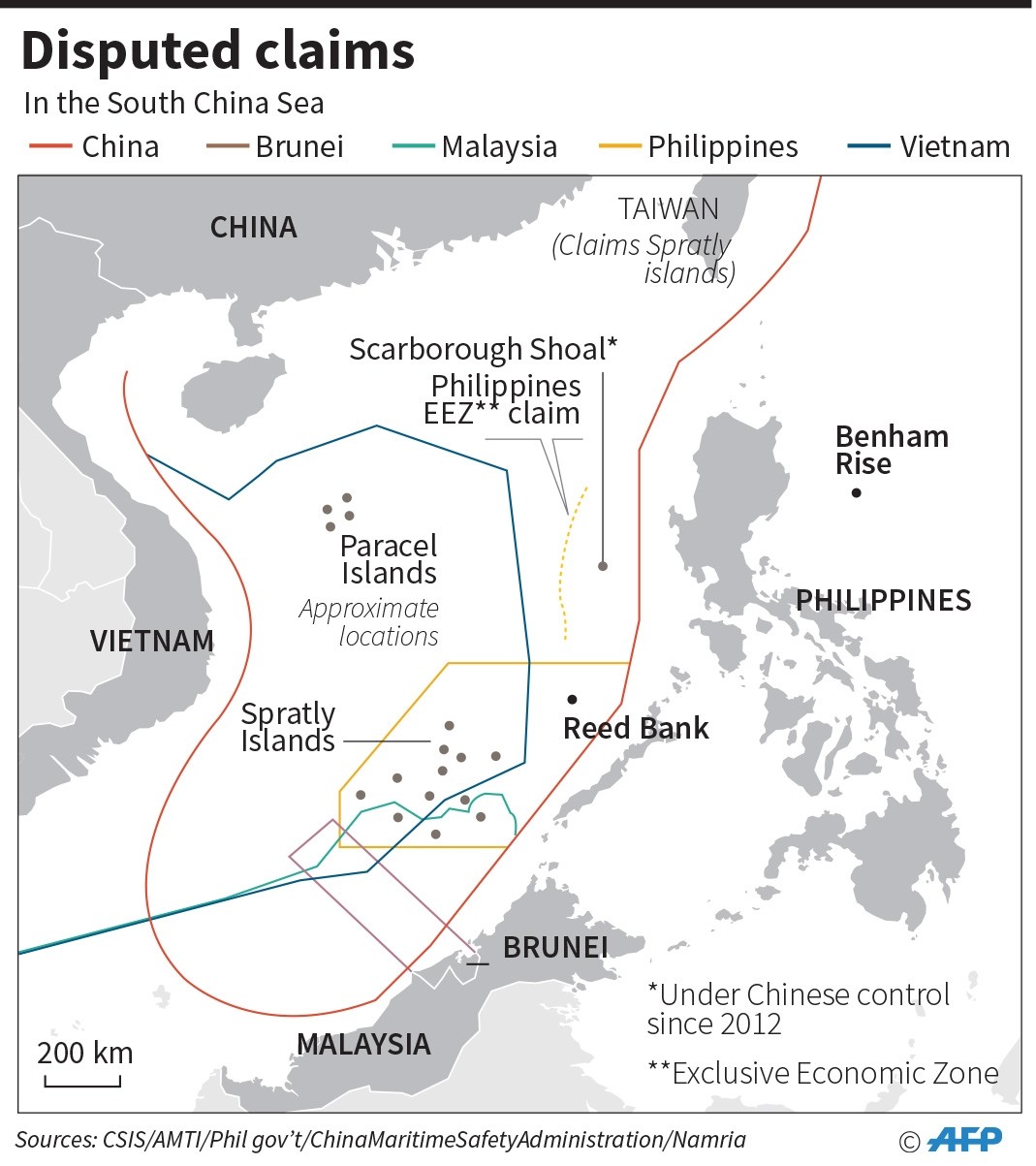 Philippine President Rodrigo Duterte said Sunday he could not stop China from building on a disputed shoal near his country's west coast because it was too powerful.

The mayor of China's Sansha city has reportedly said his country would set up an environmental monitoring station on Scarborough Shoal, which China seized from the Philippines in 2012.

"We cannot stop China from doing (these) things," Duterte told journalists when asked about the reports.

"What do you want me to do? Declare war against China? I can't. We will lose all our military and policemen tomorrow and we (will be) a destroyed nation," he told a press conference before departing for a visit to Myanmar.

However, he also warned Sunday that he would invoke a July 12 arbitration ruling that invalidated China's territorial claims in the South China Sea if the Chinese "start to tinker with the entitlement," apparently meaning when Beijing starts to tap the offshore area's resources. 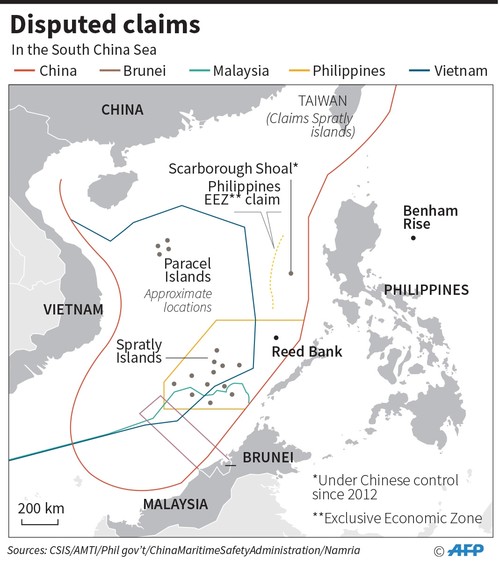 Duterte's remarks differ slightly from those of Manila's Department of Foreign Affairs, which said that it was trying to verify the news reports about China's construction plans on Scarborough Shoal and that it would refrain from commenting while doing so.

Duterte said he would tell the Chinese: "Just keep it (the waters) open and do not interfere with our coast guard."

He also brushed aside concerns over Chinese survey ships that had been seen near Benham Rise -- waters east of the main Philippine island of Luzon that have been recognized by the United Nation as indisputably Philippine territory.

Earlier this month Defense Secretary Delfin Lorenzana said he was very concerned that the ships had been seen at that location, sometimes for as long as a month.

But Duterte said: "So what if they stop there? They admit it is within the territory of the Philippines. That does not satisfy you?"

He described the complaints against China as "nit-picking."

The Philippines under Duterte's predecessor Benigno Aquino had actively challenged China's claim to control most of the South China Sea, despite counter-claims by several other nations.

However Duterte, who took office last year, has reversed that policy and is seeking billions of dollars' worth of investments and grants from Beijing.

"We are now improving the economy because of the help of China. Why will you be so shameless just because they are passing by?" he told reporters on Sunday.

Beijing has already reclaimed large areas around several islets and reefs in the Spratly archipelago elsewhere in the South China Sea, and installed military facilities on some of them.

However analysts warn that building on Scarborough Shoal would radically change the situation since it is just 230 kilometers (143 miles) from Luzon.

Outposts on the shoal would put Chinese jet fighters and missiles within easy striking distance of military bases in the Philippines, some of which could host US troops.

The shoal also commands the northeast exit of the sea, so a Chinese military outpost there could stop other countries' navies from using the waters.