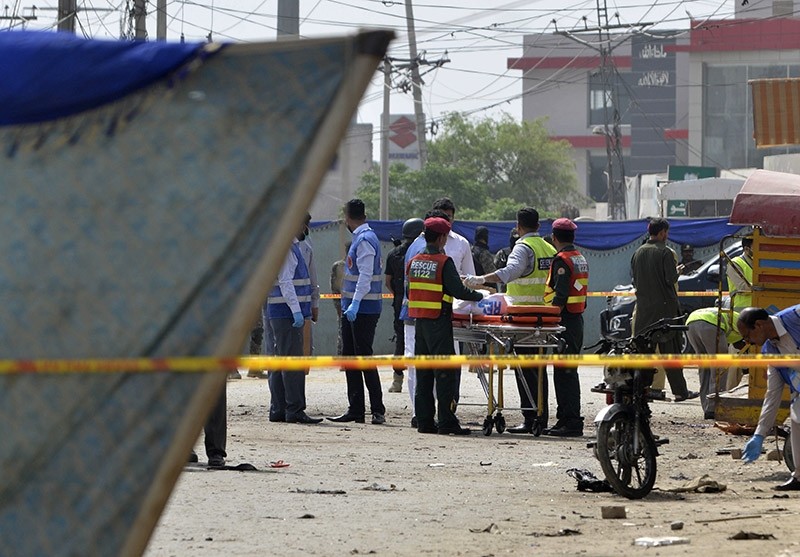 Pakistani security officials collect evidence from the scene of a suicide bomb attack on a census team in Lahore on April 5, 2017. (AFP Photo)
by Compiled from Wire Services Apr 05, 2017 12:00 am

A suicide bomber killed at least six people and wounded 18 when he blew himself up near an army vehicle taking part in a census in the eastern Pakistani city of Lahore on Wednesday, officials in the area said.

"It appears to have been an act of terrorism," Punjab provincial law minister Rana Sanaullah said in televised comments.

TV footage showed security personnel blocking off the street around the site of the explosion, close to a market.

Rescue officials and police confirmed the toll, with a police official telling AFP the census team had been the target of the attack.

Teams of enumerators backed by the military and security forces are carrying out Pakistan's first census in almost two decades, an enormous and highly charged task that could redraw Pakistan's political map one year before national parliamentary elections.

The blast, the latest in a series that has killed scores of people in Pakistan since the beginning of the year, follows an attack in Lahore last month that killed at least 13 and wounded dozens more.

There was no initial claim of responsibility for the explosion, which some television stations initially said had been caused by a gas leak.