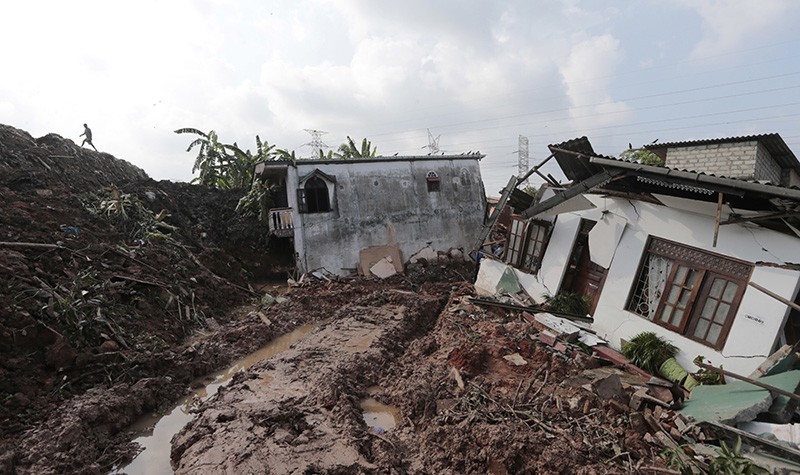 The death toll from a collapsed garbage mountain in Sri Lanka's capital rose to 11 Saturday, officials said, with the disaster destroying 145 homes.

Colombo National hospital spokeswoman Pushpa Soysa said two boys and two girls were among the 11 confirmed killed following the Friday incident. They were aged between 11 and 15.

Soysa said a total of 21 people were brought to the hospital from Kolonnawa, where the 300-foot (91-metre) high rubbish dump crashed on homes.

"We remain on standby, some people who were pulled out of wrecked homes were brought in overnight," she told AFP. "Five of them have succumbed to their injuries."

Hundreds of troops dug through tons of rubbish looking for survivors while two heavy earth moving machines were also deployed.

Police said a total of 145 homes, mostly shacks, were destroyed when a side of the garbage mountain came crashing down on Friday following heavy rain the previous day and a fire hours earlier.

Police said 625 people were given temporary shelter at a government-run school in the area as authorities looked for alternative accommodation for those living near the dump.

Many residents had evacuated their homes before the disaster because of the heavy rain.

"The casualties would have been much higher if most people had not left their homes earlier in the day," a disaster management official told reporters at the site.

About 800 tons of solid waste is added daily to the open dump, angering residents who live nearby.

Sri Lanka's parliament was warned recently that the 23 million tons of garbage rotting at Kolonnawa was a serious health hazard.

Efforts are under way to build an electricity plant that could transform the solid waste into fuel.